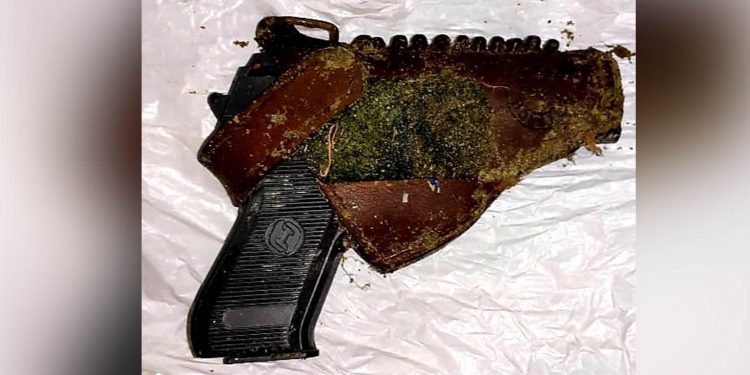 The Capital Police of Arunachal Pradesh on Saturday arrested one Santo Flago who was absconding for almost a year after allegedly robbing a restaurant in the city using a plastic gun.

Capital Superintendent of Police Tumme Amo informed that the arrest was made on the basis of an FIR lodged at the Itanagar police station on March 10, 2019, by one Tadar Gagung, the caretaker of Malabar Hotel in Ganga.

“Gagung in his complaint stated that an unidentified man barged into the restaurant and threatened everyone with a gun before leaving the hotel with cash amounting to Rs. 62,000,” the SP said.

“Accordingly a case was registered and it was endorsed to sub-inspector G Arangham,” the SP added.

The SP said, “Though the police collected all the available CCTV footage available, they were, however, not able to identify the person.”

“It was finally through his vehicle that we managed to identify the accused,” Amo said while adding that a plastic pistol was used to commit the crime.