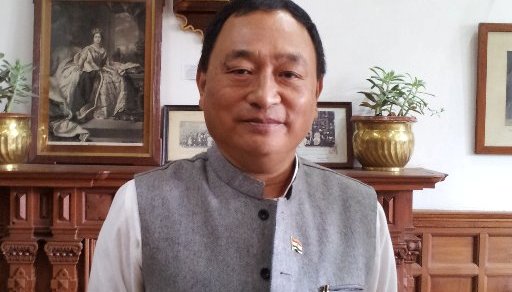 Pasighat West MLA Ninong Ering has called upon Prime Minister Narendra Modi to ask his Chinese counterpart “to share latest information on the status of Siang River (Brahmaputra in Assam and Yarlung Tsangpo in Tibet), which has stopped to come in since the past two years”.

Ering, in his letter the PM on Thursday said the Siang River has once again become a threat for the people of Arunachal Pradesh and Assam after a landslide in the Nien-Ch’ing-Tang-Ku-La Shan East mountain range.

The legislator said the landslide which occurred due to earthquakes in the area has created a natural dam in Yigong Tsangpo, one of the major tributaries of Yarlung Tsangpo or Siang River in southern Tibet.

Around 15 earthquakes ranging between 4.0 and 5.0 magnitudes have reportedly occurred within a 300 square kilometre area upstream of the Yigong Tsangpo River in July.

The earthquakes reportedly occurred in the area within a span of 20 days.

“The floods in Arunachal, Assam and other states of India have been very devastating this time, and if this dam bursts during this monsoon season then the downstream would be tenuous,” Ering said.

The legislator said there are hundreds of glaciers in the region and the change in climate is accelerating the melting process.

Ering, a former member of the Lok Sabha said “automatic weather stations must be established at all border points from where the rivers flow into the country”.

The Central Water Commission needs to collect and disseminate the flow rate data in advance. The water level data being disseminated at present is useless in hydrological modeling and flood assessment, he said.

The MLA further suggested that the State and National Disaster Management authorities and remote sensing centers need to work together with competent people to integrate precipitation and radar data, issue earthquake alerts, etc.

“We need to hire people who are good at data analysis. Also there is a need for field work in the glacial regions of Arunachal to understand its risks,” he said.

He added that a holistic system upgrade for disaster risk assessment and dissemination of information to the public is the need of the hour.