This would be the third Rama Krishna Mission School of the State. 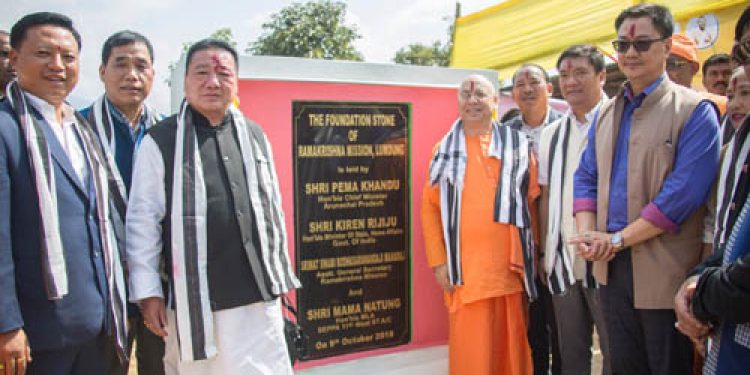 This would be the third Rama Krishna Mission School of the State.

Khandu also announced to establish the second Agriculture College of the state at East Kameng district during his speech at the foundation laying ceremony.

Thanking the efforts put up by local MLA Mama Natung and contribution from the members of RKM for establishment of the school, he appealed all the MLAs of East Kameng, West Kameng and Tawang district to contribute annually from their MLALAD for the development of the RKM School. He also made similar appeal to the local business community and contractors to part with their earning for the development of school.

Chief Minister said the opening of RKM School and Agriculture College in the picturesque East Kameng district will not only uplift the education scenario but will boost tourism and economic activities.

He therefore urged the locals to cooperate with the administration for its speedy establishment without creating hindrances on compensation issues particularly for the Agriculture college.