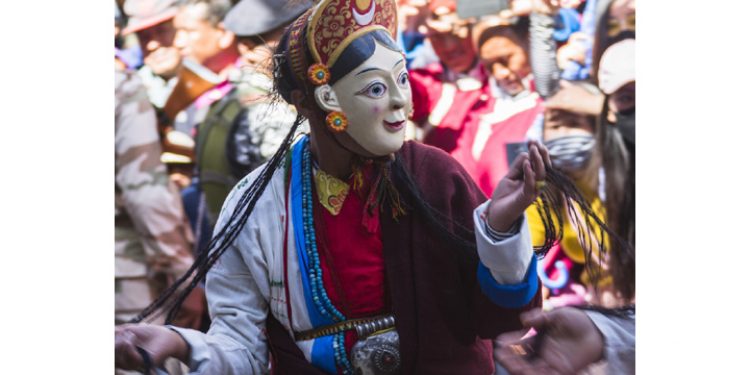 The theme for the festival this year is ‘environment and nature’ and the objective is to showcase the rich cultural heritage and boost tourism flow.

The festival began with Drekar, a monologue wishing well-being of whole sentient being and was followed by Tashi Choepa- offering of songs to the gods.

The dances were performed on the street for two hours by more than two hundred dancers in a sequence.

In the evening, the chief minister gave away the citation and certificate to Deputy Commissioner Tawang for having won the cleanest district in northeast under Swachh Surveskshan Gramin.

Khandu in his speech said under his initiative the state government has started various cultural, adventure and music festivals such as Tawang festival, Adventure at Mechuka, Ziro Festival of Music, and many more.

To boost tourism in state, Khandu said the state government will soon launch a tourism policy. He said Arunachal has witnessed massive inflow of tourists both domestic and international jumping from 2.5 to 9 lakh in the last few years.

He also said the state government aims to promote film tourism in Arunachal and informed that Bollywood director Imtiaz Ali has shown interest in shooting films in the state. He also informed that Singer Mohit Chauhan plans to shoot his next music video in Arunachal.