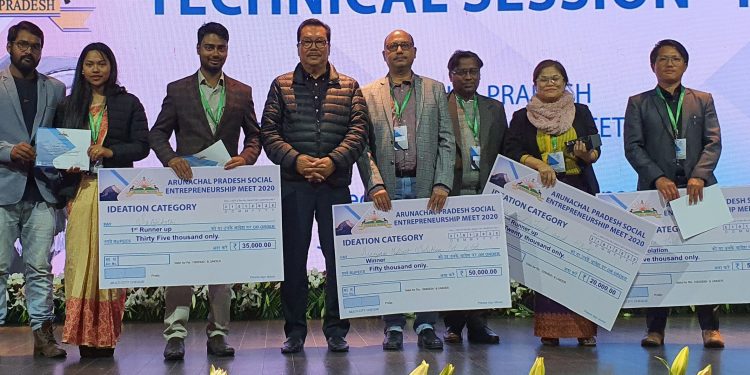 Arunachal Pradesh deputy chief minister Chowna Mein on Friday said the State having the largest land bank in the Northeast has a lot of potential in the agriculture, horticulture and its allied sectors and the same needs to be leveraged and the benefits passed on to the farmers.

“Besides agriculture and horticulture our state also has ample potential in the fields of tourism and textiles and handicrafts, however, our weavers, artisans, tour guides etc are still unable to get the right value for their products and services despite of their hard work and skills,” Mein said.

The deputy chief minister was addressing the valedictory function of the Arunachal Pradesh Social Entrepreneurship Meet (APSEM)-2020 which concluded at the Dorjee Khandu Auditorium of the State Legislative Assembly in Itanagar.

Mein said marketing of local agricultural and horticultural produce is another big issue which needs to be addressed.

He exuded hope that the APSEM will now create opportunities for the people and help to find solutions for such issues.

Mein also said that Arunachal produces lots of raw materials in the form of agriculture produce like arecanut but there is no agri-based industry to manufacture the finished products.

“There is need to set up agri-based industries in the State so that the farmers get right value for their produce and finished products are also processed here,” he said.

Mein further said that the State Government has placed a lot of emphasis on attracting investment in Arunachal Pradesh, through creation of a conducive business environment for entrepreneurs and industries in the State.

He said there are numbers of youths in the State who have the potentials to invest but have little knowledge in entrepreneurship.

“Through such entrepreneurship meets we can show them the way,” Mein said.

He further thanked all the entrepreneurs who came to the APSEM from different sectors to share their ideas and to encourage the local entrepreneurs.

“This is the beginning of entrepreneurship development in the state and I hope it will usher in a lot of investment in our state through sustained efforts from all the stakeholders,” the deputy chief minister said.

Planning secretary Himanshu Gupta said the main motto of organizing the social entrepreneurship meet was to identify new enterprises that can help the government in promoting new entrepreneurships.

Meanwhile, the deputy chief minister also gave away prizes to the winners of the Ideation Category while Principal Secretary Ashish Verma gave away the prizes for Enterprise category.

The two-day long APSEM-2020 was organized by the department of Finance, Planning and Investment.