The promotional batches were handed out at Alankaran Samaroh 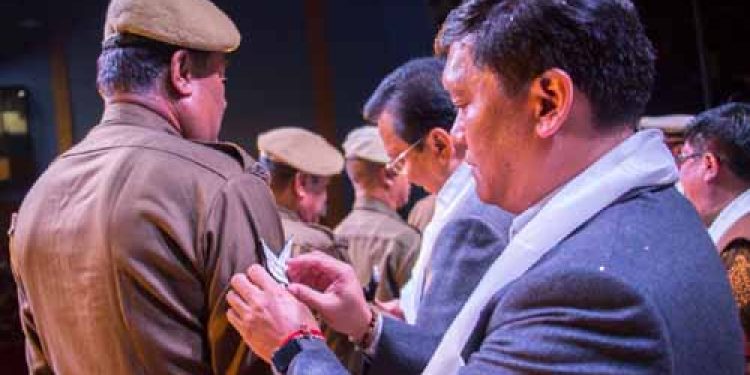 Around 1,535 constables of the Arunachal Pradesh Police (APP) were promoted to the rank of head constable by the state government.

The Arunachal Pradesh Police (APP) organized a special event – Alankaran Samaroh where the constables were handed the promotional badges.

Speaking on the occasion, the CM said the police personnel in the rank of constable had been stagnating without promotion.“The police personnel recruited in the rank had to retire in the same rank even after putting in more than 20 to 30 years of continuous service. This situation had adversely affected the work force in the department, demoralizing the career progression of the police force,” Khandu said.

He said the state government sensed the necessity and, to boost the morale of the police force, passed a resolution in the assembly to promote constables who have completed 20 years of service and more to head constables on honorary rank, reports Arunachal times.

“I believe this step will prove to be a watershed moment in the history of Arunachal Pradesh, as it will radically motivate creating job satisfaction at the cutting edge,” the CM said.