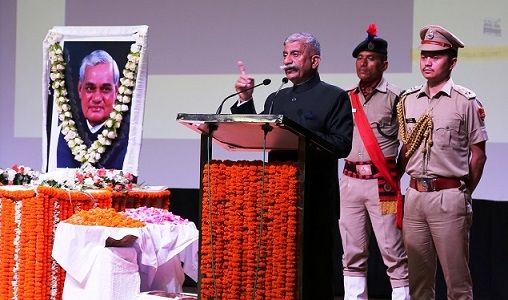 Arunachal Pradesh governor Brig (retd) BD Mishra on here on Sunday exhorted people of the state to join hands with the government to deal with “hydra-headed monster of corruption” for the sake of development.

He said this while unfurling the national flag on the occasion of 71st Republic Day at the Indira Gandhi Park.

Mishra said to curb corruption and ensure transparency, the government had developed satellite-based monitoring and geo-tagging tool and made it obligatory for all departments to geo-tag all schemes and projects.

He said the state was adopting an inclusive approach with new technologies for the expansion of rail, road, air, water and internet networks.

Mishra said the state government was trying to get the Centre sanction two important road projects — Frontier Highway and the East-West Corridor.

“While the Frontier Highway will provide seamless connectivity across the state, the East-West Corridor will act as an economic corridor and usher in industrial development,” said the governor.

He said construction of an airport at Hollongi, near Itanagar and related infrastructure had begun and the Rs 1,000 crore project would be ready in three years.

Quoting a finance ministry report, he said the Goods and Services Tax (GST) collection in Arunachal Pradesh till December 2019 had recorded 124 per cent rise, the highest in the country.

The hydropower potential would take Arunachal from a resource constrained state to an economic affluent one and the Rs 28,080 crore Dibang multipurpose project with 2,880 MW generation capacity was a major step in this direction, he said.

The hydroelectric project is expected to be commissioned in nine years.