Arunachal Government in no hurry to grant PRC 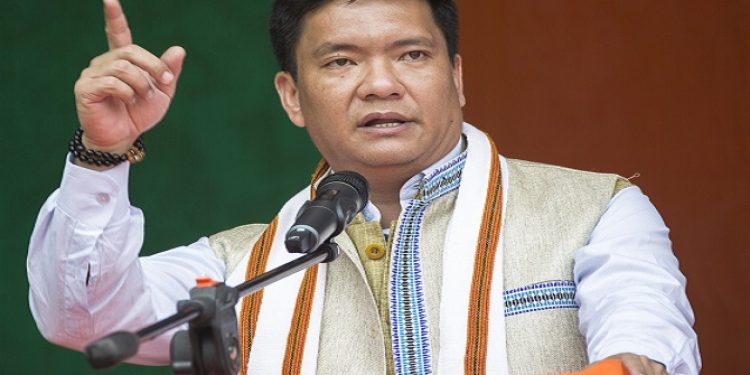 The Arunachal Pradesh government has clarified that it is in no hurry to grant permanent resident certificates (PRC) to the Non-Arunachal Pradesh Scheduled Tribe (non-APST) communities residing in the State.

The government said it will take further action on the issue only after receiving reports from the Joint High Power Committee (JHPC) which has been constituted to look into the matter.

Chief Minister Pema Khandu and Deputy Chief Minister Chowna Mein’s recent announcements of the State government considering granting of PRC to six non-APST communities living in Namsai and Changlang districts and to the Gorkhas living in Vijaynagar in the New Year had not gone well with various organizations and individuals of the State.

The announcement had evoked strong resentment from various quarters while a large number of individuals had also taken it to the social media to express their resentment.

“The government will examine the issue of PRCs only after receiving a report from the JHPC which will then be further taken to the cabinet for appropriate decision. Presently the JHPC is still in the process of conducting consultative meetings with the stakeholders in various locations in the State,” government spokesperson Bamang Felix said in a statement on Thursday.

“In no given point of time will the government take a decision which will be against the interest of the indigenous people and the state and this has been amply reiterated by the chief minister and deputy chief minister in various forums and occasions. The government will ensure that any decision will be arrived at only on the recommendation of JHPC and PRC if so issued will be done without compromising any of the indigenous rights of the people of the state,” Felix said.

Representatives from a number of communities that are not recognised as Scheduled Tribes (STs) in the State have been demanding PRCs as they have been living in the State. Amongst those communities are Deoris, Sonowal Kacharis, Morans, Adivasis and Mishings.