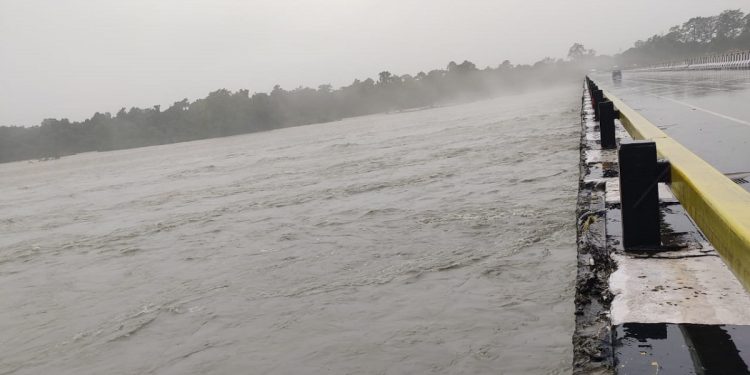 Torrential rains have caused the water of the Siang river to rise to a dangerous level in East Siang district of Arunachal Pradesh.

The river is flowing above the danger mark since Friday night, and floodwater has already entered the low-lying areas of Pasighat.

The water level of the river was recorded at 154.24 metres at 2 pm on Saturday afternoon, and it gradually increased to 154.27 metres by 6 pm – the highest ever this year, water resources department (WRD) officials said.

There has been heavy downpour in the hilly areas, due to which major tributaries of the Siang river are flooded.

Meanwhile, all the rivers in the State are in spate following heavy rains, with most of them flowing either above the danger mark or showing a rising trend.

The East Siang district administration and the WRD have advised the people residing on riverbanks and in low-lying areas to be alert to any emergency situation.