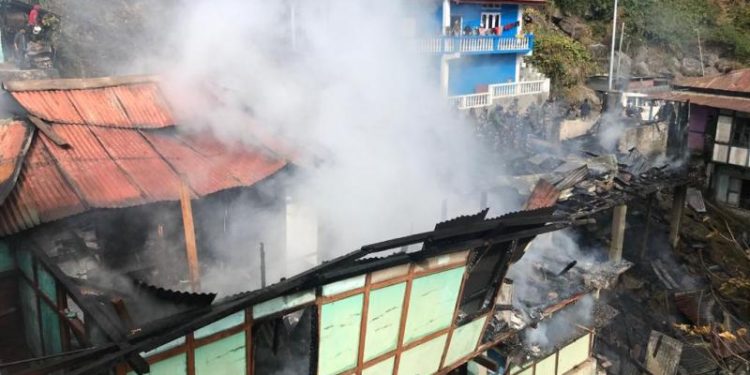 At least four houses were reduced to ashes in a fire that broke out at Mangnam village in Arunachal Pradesh’s Tawang district on Friday morning.

Though the blaze also caused cylinder blasts, no human casualty was, however, reported in the incident.

Lumla sub-divisional medical officer Nima Tashi said the cause of the fire is yet to be ascertained.

“Thankfully there were no casualties as all the houses were unoccupied when the incident took place. The fire was contained due to the timely interference of the Sashastra Seema Bal personnel and villagers,” Tashi said.

Local legislator, Jambey Tashi, on being notified about the incident reached Mangnam Village and provided instant relief to the victims.

The MLA also directed the Lumla administration to provide all relief as per government norms to the victims without delay.