Arunachal Pradesh legislator from Aalo East, Kento Jini, on Saturday said he is in constant touch with the state’s medical fraternity to improve the present condition of the General Hospital in Aalo, the headquarters of West Siang district.

“More specialist doctors will be posted soon to the hospital to cater to the medical needs of the people of the district,” the MLA said.

Jini was addressing a felicitation function of blood donors organised by the Arunachal Voluntary Blood Donor Organization (AVBDO) at the Gumin Kiin here.

Giving away the certificates and mementos to all donors, Jini said “blood donation is humanitarian service and donors have nothing to lose.”

Blood donation is beneficial for reducing iron accumulation in the body, prevents growth of cancerous cells burns calories to be fit and stimulates blood cell production in the long run, he said, assuring all help to the AVBDO led by its chairman Ramesh Jeke. 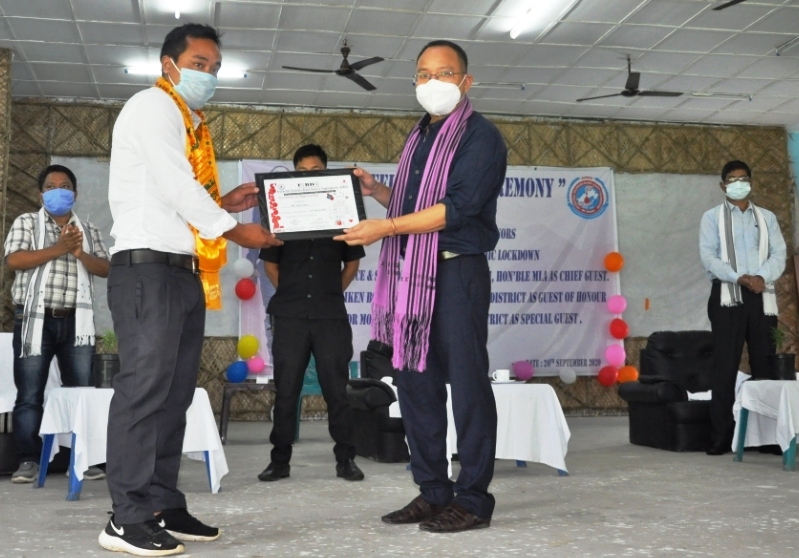 Jini also urged the youth to fight the drug menace affecting the young people in the district.

Jeke expressed his gratitude to Jini for keeping his request to provide blood testing kits and a blood bank during the pandemic.

Earlier, echoing the MLA, district medical officer Moli Riba said efforts were on to improve the General Hospital and fulfil the health needs in the district.