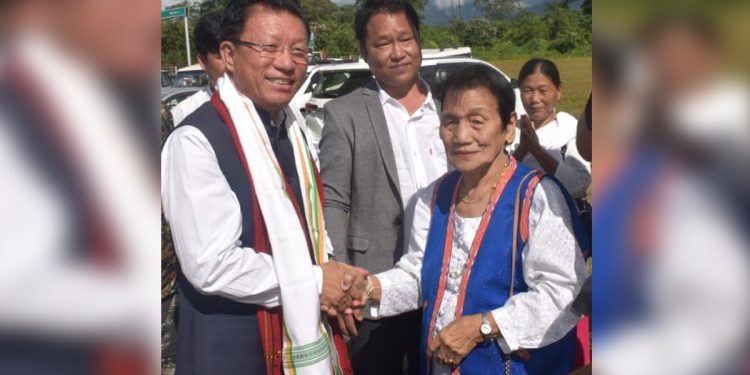 Arunachal education minister Taba Tedir has called for community participation to upkeep the sanctity and infrastructure of government schools of the state.

Addressing an award ceremony of Government Secondary School, Meka near Roing on Wednesday Tedir said, “People should not wait for the government to act every time.”

He was citing the example of East Siang district where the alumni associations of several schools have adopted many government institutions and renovated and extended them.

The minister further emphasised that the government is doing its bit to develop the education sector of the state.

He also spoke on the need for teacher rationalization and encouragement and formalization of the pre-primary level of education in the State.

He further encouraged the students to excel in the field of sports while highlighting the sports quota available for state government jobs.

Tedir, during his interaction with the students, assured to post teachers at DIET Roing, PGTs in the Government Higher Secondary School Roing and promised to take up the issue of a separate campus for the Government Model Residential School, Mayu.