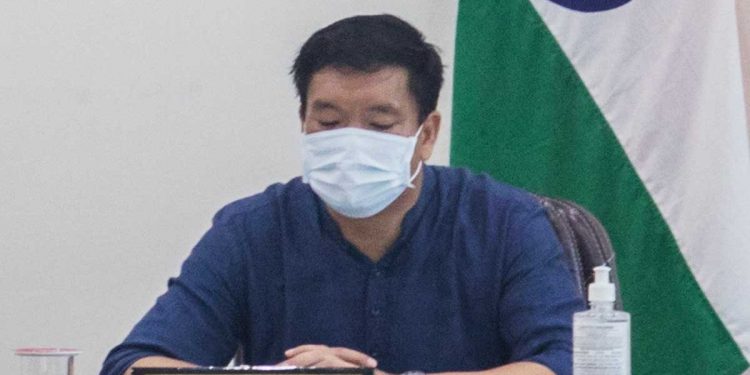 Matters related to strengthening the fight against COVID-19 in the state were also discussed during the meeting.

Khandu reviewed the activities of SDMA and the status of the upcoming State Disaster Response Force headquarters at Hollongi and that of the 5 regional response centres being set up across the state.

He also reviewed the activities of the National Disaster Response Force in the state and thanked Union Minister Kiren Rijiju for his contribution for a permanent battalion headquarters of the NDRF in the state.

The chief minister urged for widespread public awareness and education for preventing loss of lives and property from natural disasters.

He also urged for the strengthening of Aapda Mitra scheme to impart skill training on disaster preparedness to community volunteers.

Earlier on the day, Khandu called on Governor BD Mishra at Raj Bhavan during which they discussed developmental issues, including the status of COVID-19 pandemic management.

During the call on, the governor and chief minister shared ideas to mitigate the challenges in managing the pandemic which is causing devastating effects on the socio-economic front.

They further considered measures to boost the economy of the state, which has been facing derailing consequences due to the COVID-19 pandemic and excessive rains/floods this year.

The governor and the chief minister also discussed the necessary steps to be taken to address the damages caused by the recent floods and landslides in different locations of the state.

Mishra emphasized that for the welfare of the people, road communication must be kept open and other vital infrastructure must be kept functional.

The governor appreciated the chief minister and his cabinet for initiating the cluster farming and the nutritional kitchen garden schemes to lessen our dependence on other states for vegetables and livestock.

Earlier, chief minister Khandu briefed the governor about his recent tours in the border areas and shared his interactions with local population and security forces stationed in various parts of the state.