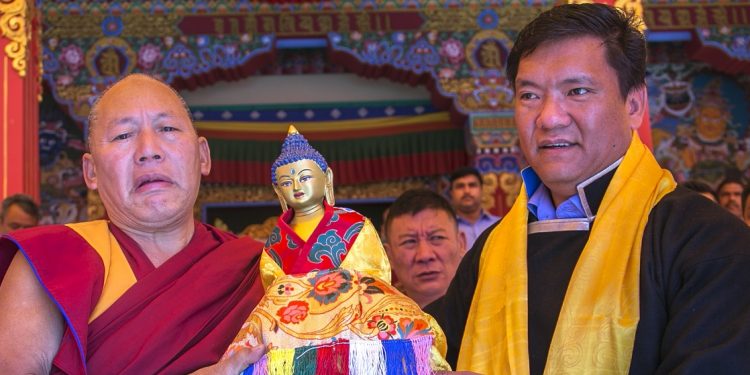 Speaking on the occasion, the chief minister appreciated the Buddhist Culture Preservation Society (BCPS) for organizing the annual Torgya festival and also for encouragement to CBSE school toppers from the Mon region.

Earlier on the occasion he handed out certificate and cash prize for CBSE toppers.

He also handed out certificate of appreciation for other Monpa achievers and felicitated singer Urgen Tsomu.

Khandu congratulated all the achievers and called for improving education in Arunachal Pradesh.

The chief minister particularly called for increasing the role of parents in improving education quality.

Khandu also thanked Monpa Mimang Tshokpa for adopting schools in Mon region and appreciated similar steps taken by other community based organizations in their respective areas.

Earlier the chief minister was presented with a citation by Bhiksu Sangha of Gontse Gaden Rabgyo Ling Monastery, Bomdila acknowledging his positive interventions and unparalleled contributions to the State.

Colourful monastic and cultural dances from local school children were the other highlights of the day.