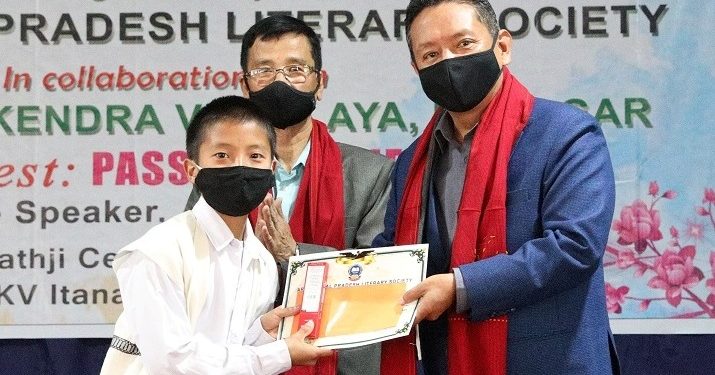 Arunachal Pradesh Legislative Assembly speaker Pasang D Sona on Monday called upon the people of the state, especially the youths “to preserve and protect one’s mother language which is facing an extinction threat.”

Addressing the ‘International Mother Language Day’ celebrations in Itanagar, Sona said one’s mother tongue is the route map of an individual’s culture as it signifies who they are, where they have come from and the path they are heading towards.

“As loss of culture is the loss of identity, similarly, loss of language is the greatest loss that a society can suffer,” Sona said.

The speaker said, “Learning other languages is good as it connects people, however, one should never forget their native language as it is his or her identity.”

He further called upon the parents to ensure that their kids learn and speak their own language.

“Until and unless you do not know your own language or dialect, you will not be able to follow your culture. Language is directly connected to one’s culture and identity,” Sona said.

The speaker called for the documentation of indigenous languages for future generations.

He further exhorted the students to inculcate reading habits and announced to provide funds for the school library.

Sona also announced to provide free library membership to the Legislative Assembly Library for the students.

International Mother Language Day is celebrated across the world on February 21 to promote awareness of linguistic and cultural diversity and to promote multilingualism.

The celebration was organized by the APLS and VKV, Itanagar.

Storytelling competition in different dialects and colourful cultural presentations by the students of VKV marked the daylong celebrations.