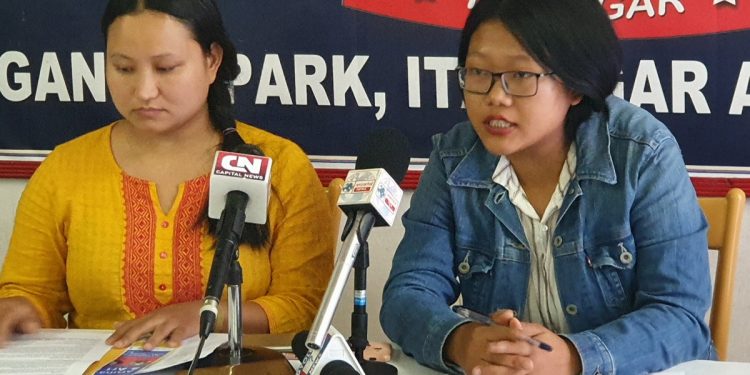 The second edition of Arunachal Literature & Art Festival (ALAF), one of state’s flagship literary festivals, is all set for a spectacular start here at the picturesque Indira Gandhi Park from November 8 next.

The dates of the festival were on Tuesday announced during a press conference by Pinkey Veo, the event and creative head of ALAF.

“The festival received an overwhelming response from art and literature lovers in its first edition and this time it would witness more than 30 eminent poets, authors and literati from across the country participate in it,” Pinkey said.

The festival, will among others, also feature poetry confluences, writers’ panel discussions, book fair, art exhibition, open mic poetry session, book reading, live painting and musical performances from the likes of ‘Baba Phu Ning Ding’ from Assam and ‘Bottle Rockets India’, a four piece band inspired by the belief that nature together with music can heal the world.

Earlier while briefing on ALAF, Bhanu Tatak, the festival’s art curator said that the main aim of the event is promote the art and culture of Arunachal Pradesh besides providing a platform to the budding artists.

“Arunachal Pradesh has immense potential in the field of art and literature and ALAF wants to tap the same,” Bhanu said, while adding that the 3rd edition of the festival would be held in Shergaon in West Kameng district next year.

The state’s department of tourism is sponsoring the three-day festival which would conclude on November 10 next.