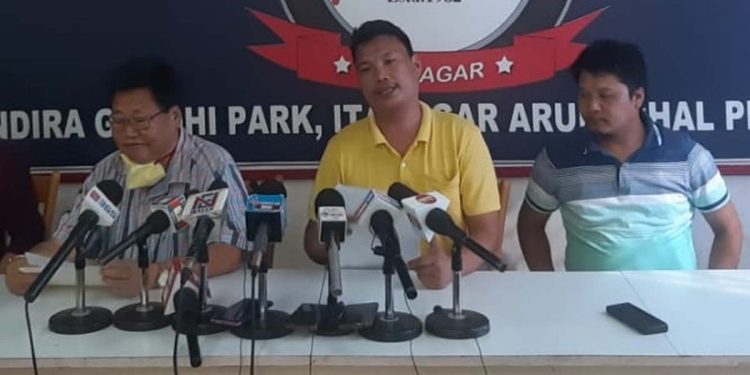 The All Nyishi Youth Association (ANYA) has deferred its proposed 36-hour Itanagar Capital Region (ICR) bandh on August 27-28 next.

ANYA president Byabang Joram said the decision to defer the bandh was taken as the state government has fulfilled all, except one of the demands of the union.

“Since most of our demands have been fulfilled by the state government with authentic documents to substantiate it, it gives us no reason to go ahead with the bandh,” Joram, who was addressing a news conference at the Press Club here, said.

Joram said a meeting of the Nyishi Elite Society (NES), the apex organization of the Nyishi community, and ANYA members with chief minister Pema Khandu was held on Tuesday after which the development took place.

The ANYA president, however, said that the bandh has been deferred and not called off as the state government is yet to fulfill the demand of furnishing the financial status of all the districts.

“The government has assured to furnish the same soon and we also agree that providing such documents takes time,” Joram said.

NES president Bengia Tolum said the society had to intervene in the matter as the reputation of the entire Nyishi community was at stake.

“Some unscrupulous people might have taken advantage of the bandh and possibly re-created a PRC-like incident in the ICR. If such things would’ve happened, the Nyishi community would have eventually been blamed,” he said.

Tolum, however, said, “If the state government somehow backtracks from its commitment given to the NES and ANYA then the organizations would come together and spearhead a major tussle against it.”

In regards to the demand for autonomous district councils the NES chief said “the society’s stand is clear on the issue and the demand should not be accepted.”

Instead of autonomous councils, the entire state should be brought under the ambit of the 6th Schedule, he said.