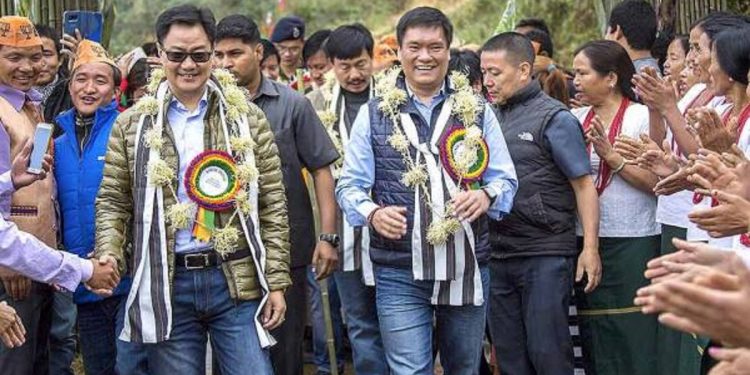 As many as four political parties in Arunachal Pradesh have filed an FIR against Union Minister Kiren Rijiju and Chief Minister Pema Khandu over the Kimin controversy.

Jarjum Ete of JD-S, Gyamar Tana of Congress, Kahfa Bengia and Kaling Jeran of PPA, Ruhi Tagung of JD-U filed the FIR against Rijiju and Khandu at the Kimin Police Station.

“…old signboards and foundation stones where Kimin-Arunachal Pradesh is written were intentionally covered with a white paste by BRO (as alleged) despite objections from the locals,” the FIR read.

The BRO came under fire after it “renamed” Kimin, a small town of Arunachal Pradesh, 75 km from Itanagar, as Bilgarh and showing it as a part of Assam.