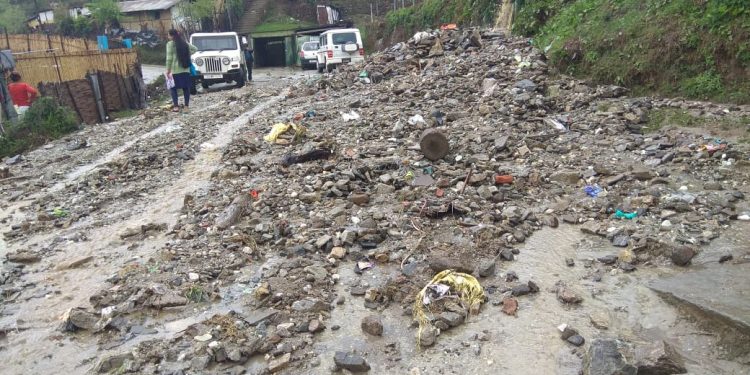 An incident of cloudburst has been reported from Arunachal Pradesh’s Bomdila, the headquarters of West Kameng district on Friday, causing widespread damages to the places in proximity of the township.

The cloudburst was followed by torrential rain and hailstorm which created havoc in the township, said an official.

The rain lashed the district headquarters for over an hour resulting in chocking of drains and spread of debris all around.

Following this, damages were witnessed at a few residential quarters while the boundary wall of deputy commissioner’s bungalow was also partially damaged by the gushing mud slush.

The main road and the link roads of Bomdila were flooded and rendered useless for vehicular traffic for the period. However, with the break in the down pour, restoration works were quickly taken up.

It would take a few days to clean up the chocked drains and remove all the debris accumulated in the township, the an official statement said.