Arunachal, Nagaland have tourist police; when Assam, Meghalaya to follow? 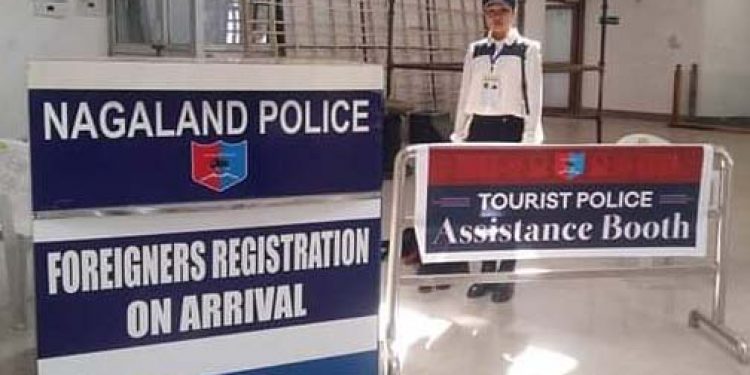 In order to assist the tourists during their visit in Nagaland and Arunachal Pradesh, tourist police has been launched in these two northeastern States last month. But even after announcement of setting up six tourist police stations in Assam, no step has been taken by the Government till date.

Besides, the Meghalaya Government and the Government of other northeastern States have also not taken any step to launch tourist police in their respective States.

After Arunachal Pradesh, tourist police was launched in Nagaland on November 17, 2018 by Nagaland Police in association with the Nagaland Tourism Department.

This special squad will ensure safety of tourists, both domestic and foreign, visiting the State.

A Tourist Police Assistance Booth has also been set up in the Dimapur Airport in order to assist the tourists, both domestic and foreign so that they can tour the State without any fear.

It may be mentioned that Assam Finance Minister Himanta Biswa Sarma in his budget speech in March this year said six tourist police stations would be set up in Guwahati and five national parks, including Kaziranga, to enhance the security of tourists visiting these places.

However, no such police station has been set up in Assam so far.

Sarma in his budget speech said: “To ensure safety of tourists, our government proposes to establish six tourist police stations in Kaziranga, Manas, Dibru Saikhowa, Nameri and Orang National Parks and in Guwahati.”

Now, after the launch of tourist police in Arunachal Pradesh and Nagaland, people of Assam, Meghalaya and other States of the Northeast have raised question, when tourist police will come up in their respective States.