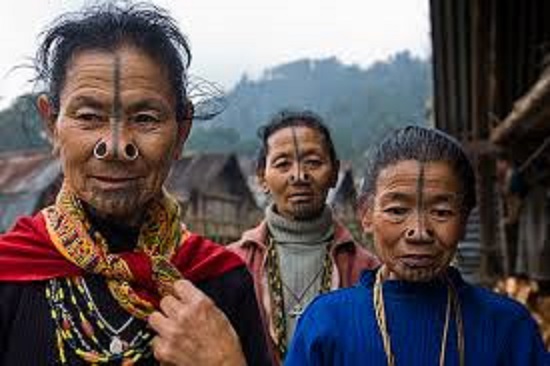 The seminar was organized in collaboration with Studio Nilima, a collaborative network for research and capacity building at the Golden Jubilee banquet hall in Itanagar.

The workshop which was attended by around 320 participants was graced by Gauhati High Court former judges, Justice (Retd) B K Sarma and Justice (Retd) B P Katakey as chief guest and guest of honour respectively.

Where senior advocate and executive chairman of Bar Council of India, A K Sharma was the special guest, the key speaker for the workshop was Arunachal Pradesh advocate general and Studio Nilima president Nilay Dutta.

Addressing the gathering, Justice (Retd) Sarma spoke on tribes and tribal areas according to the 6th Schedule and also enlightened the audience on Article 370 and 371-H of the Indian Constitution.

Meanwhile, Justice (Retd) Katakey, in his speech highlighted that, though the Constitution of India aims to provide justice to the people in all social, economic and political contexts, but the difficulty is in implementing the same.

Katakey also spoke on the issue of land rights vis-a-vis customary laws and on the Arunachal Pradesh Land Settlement and Records Act, 2000, and its amendment.

Senior advocate Nilay Dutta began his talk with a discourse on the historical perspectives of backward tracts, Article 371-H and the formation of NEFA.

He informed the participants that customary laws require to be established before the court of law and all laws have the requirement to pass the test as laid out under Article 13(2) of the Constitution of India.

During his lecture, Dutta also spoke upon Articles 372 and 246 and on Article 371 which provides special provisions to the North Eastern states.

Senior advocate A K Sharma spoke on customary rights of the people of Arunachal Pradesh and also discussed ‘rule of law’ and delivery justice system.

He assured all possible help from the Bar Council of India’s end to the Indigenous Tribes and people of North East India.

Where Habung enlightened the audience on the internal safeguards as provided for tribals under the Constitution of India, Tara spoke on the Assam frontier Regulation, 1945, the Bengal Eastern Frontier Regulation 1873, the Chin Hills Regulation and on other regulations which provide protection and safeguards for the peaceful existence of the indigenous tribal people.