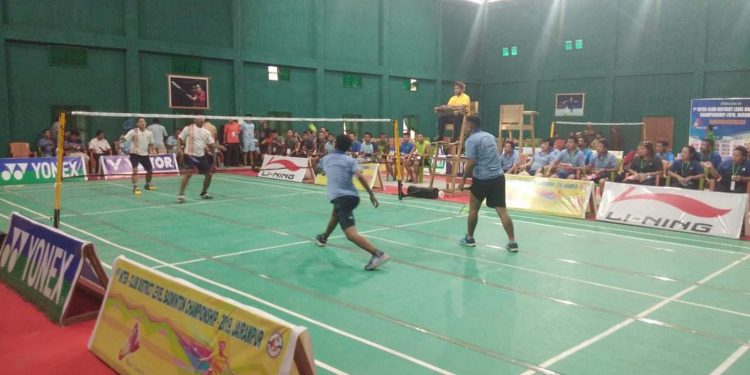 The first Changlang District Badminton Championship has been underway at Jairampur in Changlang district of Arunachal Pradesh along the Indo-Myanmer international border.

The inaugural ceremony of the tournament was attended by a host of dignitaries from across the district.

Somlung Mossang in his address congratulated the budding players of the district for participating in the event.

The tournament has been participated by players from Bordumsa, Miao, Kharsang, Jairampur, Changlang, Nampong and Manmao.

Lauding the efforts of Laisam Simai, the local MLA, who has been the president of the Changlang District Badminton Association, Mossang said youth of the society are instrumental in bringing about social change.

Simai, the president of the organizing committee and Commandant Sharma also spoke on the occasion and encouraged the participants.

According to BP Lahon, the chief umpire of the championship, 7 badminton clubs out of 8 have confirmed their participation.

Five players representing each club would strive to win the cup.

“The newly built indoor stadium can accommodate 4 players at a time in double court including both  Men and Women in single and double format ,” said Lahon.

Lahon added that the tournament is being played on a knock-out format.

The winners of the tournament might be selected for the state level Dorjee Khandu Badminton Tournament slated to be held at the state capital, Itanagar from 9th to 11 September 9 to September 11, 2019.

The final of the two-day championship will be played on Tuesday evening.