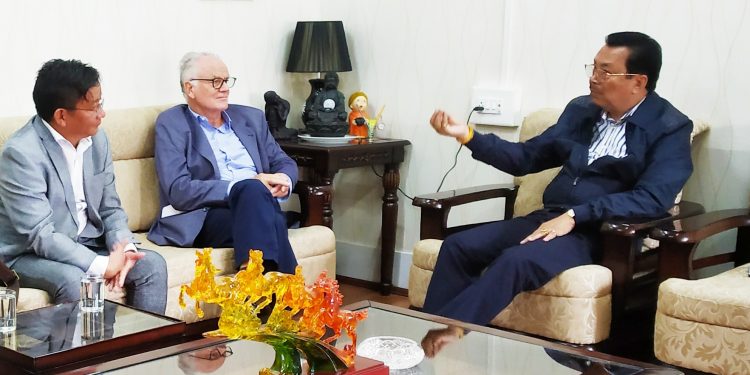 Mein directed Salu to expedite the research work in connection with the project ‘Audio-Visual Documentation of Cultural Heritage of Mishmi Tribes of Arunachal Pradesh’, especially on the indigenous healing practice of the Idu Mishmi community.

He said that the project was announced in his Budget speech and also reflected in the departmental SADA 2018-19. He asked the department to complete the formalities of signing an agreement with Dr Heller immediately and let the work start soon.

He also asked the department to expedite the project on a digital museum in the State capital which would showcase the rich cultural heritage of all the tribes of the State.

Dr Heller, who hails from Heidelberg in Germany, has been researching in Arunachal Pradesh for the past 15 years. He has documented the traditional healing system of Idu Mishmi, Miju Mishmi, Digaro Mishmi, Monpa and Galo tribes and has travelled to the nooks and corners of the State.

Salu said that the project will be implemented in a transparent manner and will be completed within the stipulated time of two years.

He also said that the concept paper for digital museum project had been submitted and is under finalization.