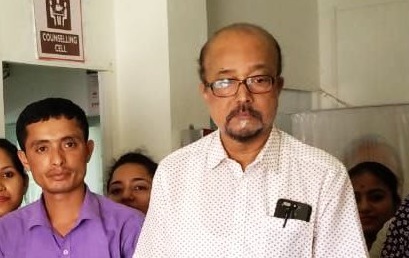 Senior BJP leader and former Lok Sabha MP Ramen Deka has appealed to Assam chief minister Sarbananda Sonowal not only to take stern action against those involved in the multi-crore cash-for-job scam of the Assam Public Service Commission (APSC) but also to ensure that no one can evade the investigation.

“There was allegation against daughter of former Lok Sabha MP RP Sarmah for her involvement in the scam. She was arrested. However, some of the people whose name is often linked to the scam, are yet to be interrogated,” said Deka.

Without naming anyone, Deka said that there are allegations that five members of a BJP legislator from Assam made it to the selection list of APSC when Rakesh Paul was the chairman of the Commission but they were yet to be brought to the purview of investigation.

“We should frame new laws if needed to ensure that no one could escape the police net as far as the inquiry against the APSC is concerned. However, the investigating agency must include the BJP legislator and the five relatives who had made it to the APSC selection list,” said Deka.

“The BJP government in Assam has adopted zero tolerance policy against corruption. The spirit of zero tolerance must prevail at any cost and the inquiry should include those even if they are related to BJP legislators and members,” Deka added.

Although Deka did not mention anyone, it was quite clear that the former Lok Sabha MP was referring to BJP candidate from Mangaldai constituency Guru Jyoti Das.

Five member of the family of Guru Jyoti Das including his wife Leena Das, sisters-in-law Nirmali Das and Shikha Rani Das and brothers-in-law Bhargav Moni Das and Monideep Das also made it to the selection list of APSC and joined different services.

While the Assam government has arrested several APSC officers including ACS, APS and other allied services, the family members of Das was never brought under investigation.