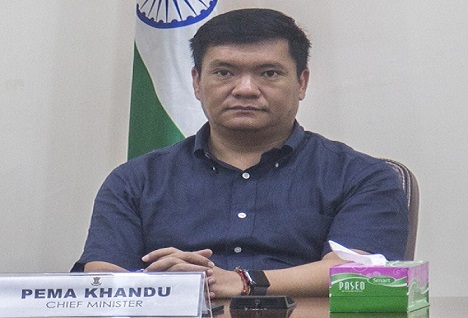 Arunachal Pradesh Chief Minister Pema Khandu on Friday assured that the state government would consider views and suggestions of every stakeholder through wider consultations with regard to the Arunachal Pradesh Freedom of Religion Act or the Anti-Conversion Law.

In the first of consultations, held with the Indigenous Faith and Cultural Society of Arunachal Pradesh (IFCSAP), the chief minister reiterated that the state government would stick to its secular principles and therefore consult with every stakeholder before taking any decision on the Act.

“This is a government of the people and every decision will be taken in consultation with the people,” he said.

The chief minister also observed that the said Act needs to be studied in detail to understand its implications, which at the outset does not discriminate any religion but actually safeguards the secular spirit of the Indian Constitution.

Chief Minister Khandu had made an announcement to repeal the Act while attending a programme organized by the Arunachal Pradesh Catholic Association at Banderdewa near here on June 27 last.

The announcement, however, had drawn mix reactions from various organization of the state.  While stating that the chief minister’s statement was loaded with a motive of minority appeasement and detrimental to the growth of indigenous people of the state, the IFCSAP had also threatened to launch a statewide protest against the chief minister.