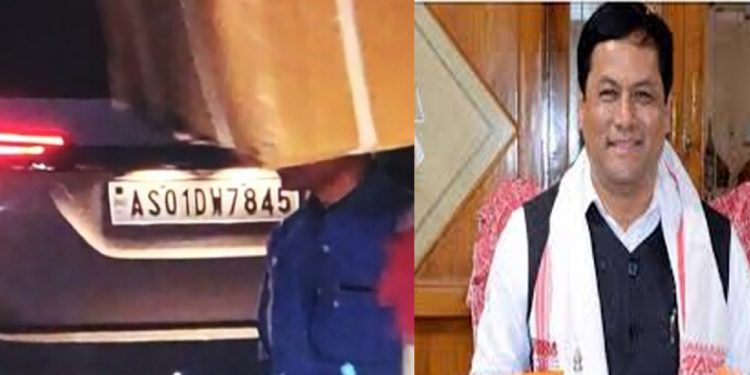 According to reports, one of the official vehicles (registration no AS-01DW-7845)  of the chief minister had been to the crowded Chatribari area on Thursday evening to buy some spare parts. Inadvertently, the vehicle hit a scooty (AS 01 DL 8804), and a girl sustained injury.

As people of Assam are angry with the BJP, especially CM Sonowal for pro-Citizenship (Amendment) Bill stand, a section of people immediately attacked the vehicle, and smashed its rear windshield. While two persons of the vehicle managed to give a slip, the driver was caught by the public and was reportedly manhandled.

Chief minister Sonowal, however, was not at the vehicle when the incident took place.  Sources said Sonowal was busy at his office in Dispur Secretariat.

Later both the girl as well as the driver filed separate complainants against each other at Paltan Bazar police station.  Police, however, have not registered any case till the time of updating this report.