All NE states to be connected to Delhi by long distance trains: Minister SC Angadi

Railway ministry was committed to finish all pending railway projects of the North East by 2022, says Angadi 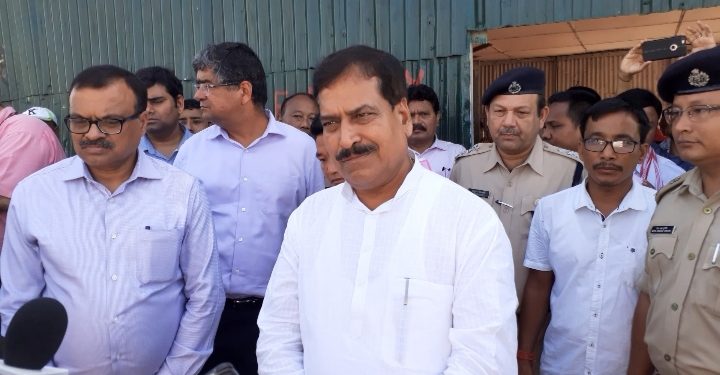 Union minister of state for Railways Suresh Channabasappa Angadi on Friday said all the eight states of the Northeast will be connected to national capital by long distance trains.

The union minister said this while visiting the Bogibeel bridge on his way to Itanagar to attend a programme.

The minister spent nearly 2 hours at the Bogibeel bridge site on the south bank and was briefed by senior officials of the NF Railway.

Later he also undertook a boat safari to watch the splendour of the country’s longest rail-cum-road bridge from the Brahmaputra.

Talking to the mediapersons, Angadi said, “Prime Minister Narendra Modi takes special care for Northeast. It was as per his direction that today I have come to visit the region. I have seen the magnificence of the Bogibeel bridge.”

The Union minister further said that the Railway ministry was committed to finish all pending railway projects of the North East by 2022.

Situated 17-km downstream of Dibrugarh town, the Bogibeel bridge is the fourth bridge over the Brahmaputra and connects Dibrugarh and Dhemaji districts.