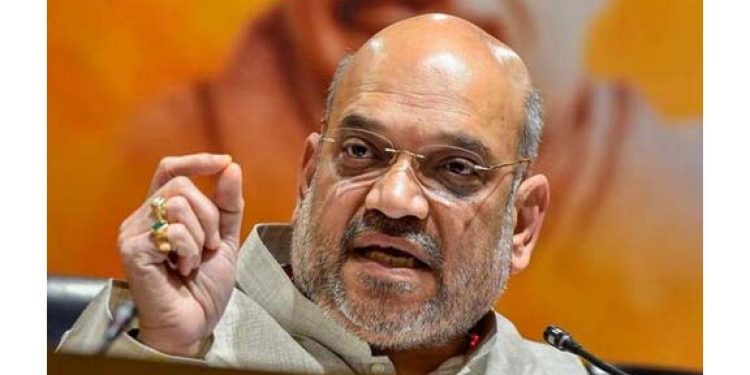 A day after Mizoram, where the Bharatiya Janata Party (BJP) president Amit Shah fell from a chopper on Friday, Shah again stumbled and fell while coming down from the stage after his roadshow in poll-bound Madhya Pradesh on Saturday.

A report published on Saturday by Times Now stated one of his bodyguards quickly offered support and BJP president Shah managed to get up unhurt immediately.

The incident took place at Tulsi Park. While the video was shared by numerous social media handles, Times Now could not independently verify the authenticity of the video, the report stated.

Shah later addressed a public meeting in Shivpuri district where he launched a scathing attack on the Congress party. She said the chief of the opposition Congress party, Rahul Gandhi, was daydreaming about winning the Madhya Pradesh Assembly polls scheduled to be held on November 28.

“While waiting to board a flight at an airport, I saw Rahul baba on a TV channel, claiming that his party was going to come to power in Madhya Pradesh,” the report quoted Shah as telling the gathering.

It may be mentioned that BJP president Shah accidentally fell from his chopper at Tlabung village in West Tuipui constituency in Mizoram during his poll campaign in the State.

Shah missed a step while exiting the chopper and fell flat on the ground.

West Tuipui in Mizoram is a stronghold of the Chakma tribe in South Western Mizoram and the Bharatiya Jananta Party (BJP) was trying to lure the Chakma voters.