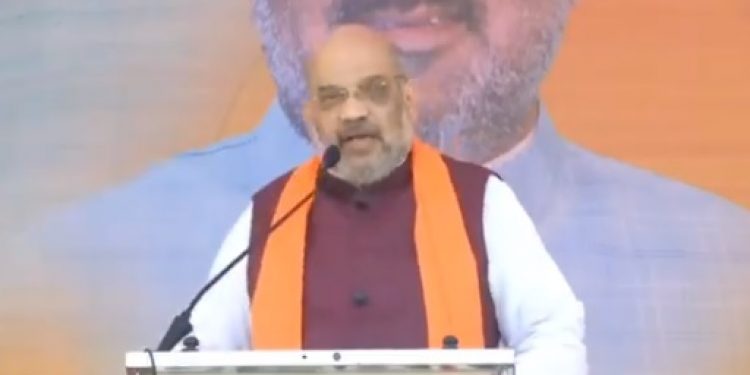 The Bharatiya Janata Party (BJP) president Amit Shah on Wednesday claimed that the NDA government has detected “40 lakh illegal foreigners in Assam”, even as the nationality of these 40 lakh people is yet to be ascertained,

“Prime Minister Narendra Modi has brought NRC, around 40 lakh ‘illegal intruders’ have been detected but Rahul baba ki company (Rahul Gandhi and his team) – Sharad Pawar, Mamata Banerjee, Akhilesh Yadav, Mayawati-everyone has been raising hue and cry, why they have been deported, where they will go, what will happen to their human rights… Are these intruders are their cousin brothers? When they indulged in terrorist attacks by bombings and all, what happen to their human rights,” said Shah while addressing an election rally at Sangli in Maharashtra.

Interestingly, Shah’s statement regarding 40 lakh “foreigners” came at a time when the National Register of Citizens (NRC) update work is under process.

In the draft NRC, names of 40 lakh applicants were excluded forcing the people to knock the door of the Supreme Court.

However, leaders cutting across party lines have no hesitations to use this statistical figure for their vote bank politics in the Lok Sabha elections.