US bill to impose sanctions on Myanmar military for Rohingya abuse 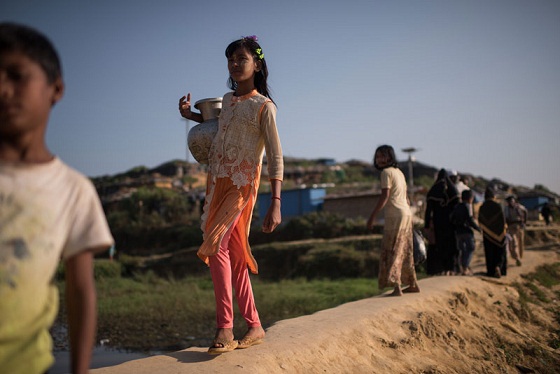 The legislators of the United States has taken a unique initiative towards formulating new laws that would make Myanmar’s military ‘accountable and target their economic interests’.

This came in the wake of the Myanmar military’s alleged widespread and systematic abuses against the Rohingyas.

This was stated BY Mizzima News quoting a Global Witness report. Global Witness is an international NGO established in 1993 that works to break the links between natural resource exploitation, conflict, poverty, corruption, and human rights abuses worldwide.

The US House of Representatives’ Committee on Foreign Affairs voted to approve H R 5819, the Burma Unified through Rigorous Military Accountability Act of 2018 (BURMA Act of 2018).

The bill also puts sanction on military cooperation between the United States and Myanmar, supports economic and security sector reform, and encourages the continued transition of power to a civilian government.

In addition to that, the bill includes a section intended to empower the civilian government in Myanmar by encouraging reform in the gemstone industry.

The bill also seeks to create ‘transparency and due diligence screening’ criteria for Myanmar companies producing or selling gemstone for the US market and for companies importing Myanmar gemstones to the US.

These criteria, however, exclude companies connected to the Myanmar military.