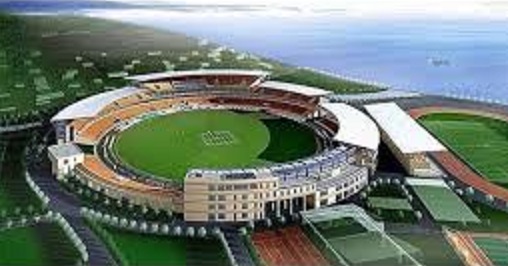 The Sylhet International Cricket Stadium in Sylhet of Bangladesh will host its maiden cricket test match when Zimbabwe tour Bangladesh in October-November later this year.

With this Sylhet will become Bangladesh’s eighth Test playing venue.

The first test match of the Bangladesh-Zimbabwe series will be played in Sylhet from November 3 to 7.

Later at the fag end of the year, the Sylhet International Cricket Stadium will also host its first one day international, between host Bangladesh and West Indies, on December 14.

Notably, the Sylhet International Cricket Stadium with a seating capacity of 14,000 has so far staged seven T20I games, six of them during the 2014 World T20, and one in February this year between Bangladesh and Sri Lanka.

Zimbabwe will arrive in Dhaka on October 16, and start the tour with a 50-overs practice match at the Bangladesh Krira Shikkha Prothisthan Ground in Savar on October 19.

The three-match ODI series will begin on October 21 in Dhaka.

The second and third ODI are slated for October 24 and 26 in Chittagong.

Zimbabwe will play a three-day practice match in Chittagong from October 29 to 31, before moving to Sylhet for the first Test, which begins on November 3.

The second Test will be held from November 11 to 15 at the Sher-e-Bangla National Stadium in Dhaka.

The bilateral series was originally scheduled to be played in January 2019.

But the itinerary had to be revised after the Bangladesh Premier League was moved to January to accommodate the general elections of the country.