International network of smugglers are operating in Assam, and are smuggling huge consignments of subsidised fertilisers (meant for poor farmers) for production of ecstasy drugs in Myanmar.

Assam Police on June 11 intercepted three trucks loaded with fertilisers at Serfanguri in Kokrajhar district. The huge consignment of fertilisers was on the move without any document.

Rajen Singh, the superintendent of police of Kokrajhar, acting on a tip-off, led the operation, and intercepted the trucks bearing registration numbers AS 01 KC 5547, AS 01 KC 5557 and AS 19 AC 1171.

From prima facie investigations, it has come to fore that the consignment of fertiliser was shipped from Siliguri by one Ganesh Enterprise, a fertiliser dealer in Bihar. 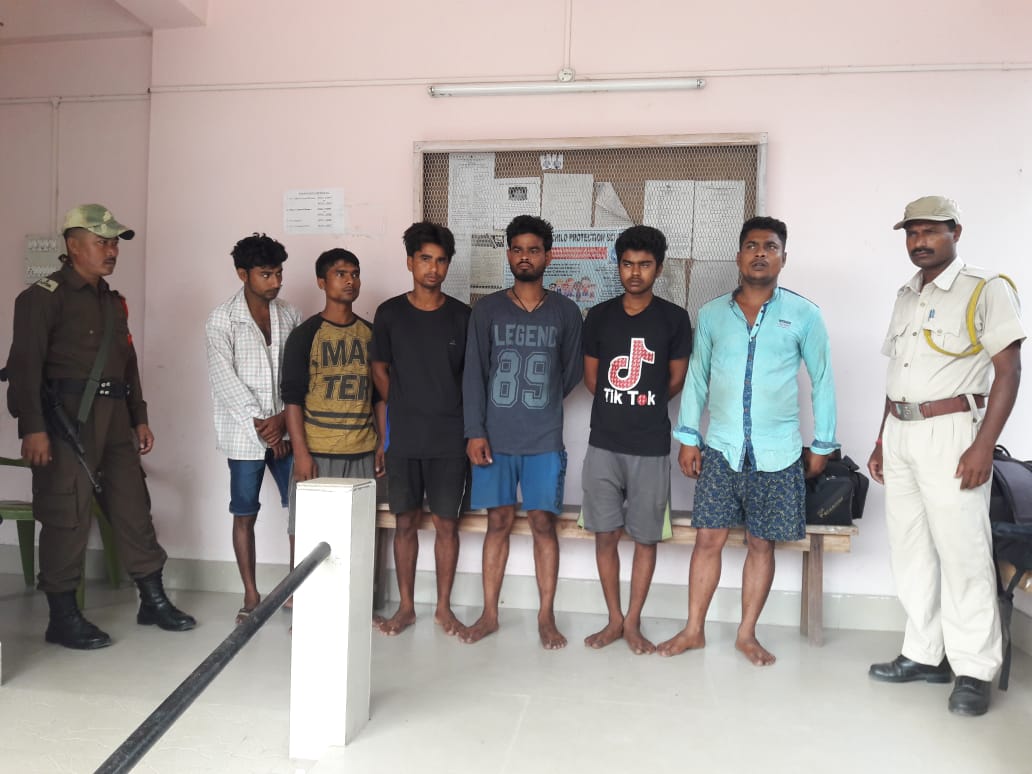 The entire consignment of fertiliser seized by police at Serfanguri originated from IFFCO’s Phulpur unit in Eastern Uttar Pradesh.

The drivers had initially claimed that the consignment was rice (and not fertilisers) and belonged to one Mahamaya Traders of Silchar.

Later, the truck drivers confessed that they were asked to deliver the consignment of fertilisers at a warehouse east of Champhai in Mizoram. The warehouse is located two kms away from the Myanmar border.

The seizure of the three trucks at Serfanguri on June 11 was just a tip of the iceberg.

During the last one year, the trucks were reportedly transhipping huge quantity of fertiliser from Barpeta and Silchar to different warehouses located in and around Champhai town for one Sirohia and Sons Ltd.

According to Customs (Preventive) officials, an international network of smugglers have been engaged in smuggling of huge consignments of fertilisers from Assam, and especially Silchar to Myanmar.

While anhydrous ammonia is generally used for manufacturing ecstasy drugs Yaba (Metamphetamine), the drug lords in Myanmar have found new techniques to use fertilisers, and especially Urea, for production of the illicit drugs.

As anhydrous ammonia is the main ingredient for manufacturing of Urea, the drug lords, in connivance with some unscrupulous fertiliser dealers are siphoning out huge consignments for production of the ecstasy drugs.

There are reports that smugglers also tranship huge consignments of subsidised Urea from Mizoram’s quota.

As the level of agrochemicals used in the agricultural sector is considerably low in Myanmar, it is an obvious question that what do end-users do with the Urea smuggled from India.

In India, Urea is heavily subsidised by the government and the maximum retail price now stands at Rs 5,360 per tonne. The government bears about Rs 70,000 crore annually as fertiliser subsidy to provide cheaper nutrients to farmers.

While smugglers are busy transhipping consignments across to Myanmar, poor farmers and tea gardens in Assam are facing acute shortage of Urea’s supply during the last two month.

According to sources, the main Urea unit (Unit 3) of Brahmaputra Fertiliser Corporation Ltd at Namrup have stopped production since April this year. BVFCL at Namrup is the country’s oldest gas-based fertiliser plant.

On May 19, Unit 2 was also shut down after a major explosion ripped through the ammonia urea factory. Both the units have been producing about 3.2 lakh metric tonnes of Urea annually.

The output is far below its optimum capacity of 5.55 lakh metric tonnes due to which the plant has been struggling to cope with the surging demand for urea from major buyers like West Bengal, Bihar and Jharkhand.

Officials at the Department of Agriculture were also not prepared for the BVFCL shut down, and did not place any orders with the Indian Potash Limited or IFFCO to meet the demand during the peak sowing season.

While the government is spending so much on subsidies on Urea, farmers and tea gardens in Assam are now being forced to buy fertilisers from the black markets.

Fertiliser requirement in Assam is about 5 lakh metric tonnes, and the shut-down of BVFCL units has come as a bane for the farmers and the tea gardens.