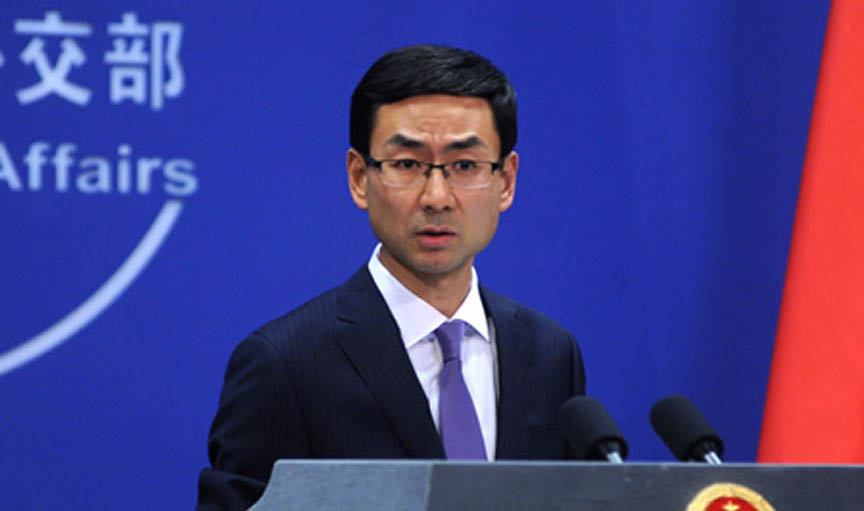 A day after former Maldivian President Mohamed Nasheed seeking help of India to resolve the political crisis in Maldives, China on Wednesday opposed any military intervention in the island nation.

China said any move of military intervention in Maldives would further complicate the situation in the nation.

The Indian Ocean island nation of the Maldives plunged into a political crisis after its President Abdulla Yameen defied a Supreme Court ruling to reinstall nine imprisoned opposition politicians, maintaining that their trials were “politically motivated and flawed”.

Defying the SC order, President Yameen declared a state of emergency and ordered the arrest the chief justice.

In a TV address, Yameen claimed the Supreme Court had acted ‘hastily’ and argued that his actions were designed to prevent a coup against him.

Reacting to former Maldivian President Nasheed’s call to India, Chinese Foreign Ministry spokesman Geng Shuang said, “The international community should play a constructive role on the basis of respecting the Maldives sovereignty instead of taking measures that could complicate the current situation.”

Nasheed currently is in exile in Sri Lanka.

On Tuesday, Nasheed tweeted that India should send an envoy, backed by its military, to release judges and leaders of political parties detained by President Yameen.

On arrest of the Supreme Court judges as well as former President Maumoon Abdul Gayoom and how to resolve the crisis internally, Geng Shuang said China’s stand is that relevant parties should find a solution internally.

Without taking India’s name, Shuang said, “I made myself clear. We hope relevant parties in the Maldives can properly resolve the issue through consultation and restore national stability and social order as soon as possible.”

Shuang further asserted, “We believe they (have) wisdom and capability to address the situation independently.”

Stating that China maintains friendly cooperation with the Maldives including the FTA which serves the common interests of the two countries, Shuang further said, “The facts have proven that after signing of the FTA cooperation has benefited the two peoples,” adding, “The current situation in Maldives is its internal affairs.”

“China follows the principle of non-interference in the internal affairs of others,” said Shuang.

Meanwhile, the Maldives Supreme Court has taken U-turn on its decision to free nine convicted politicians, hours after the arrest of two of its judges.