The missing persons are, reportedly, buried under 100 feet deep mud after a large refuse pile collapsed and the mud flowed down on the workers 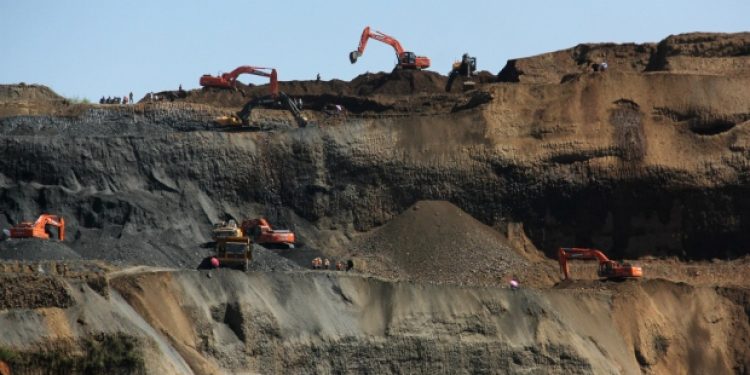 Over 50 people are assumed to have died in a mudslide at a jade mining site in northern Myanmar, a lawmaker said on Tuesday.

The incident happened in the Hpakant area of Kachin state on Monday.

According to reports, three bodies have been recovered and 54 people are missing since the incident occurred.

The incident happened when a large refuse pile collapsed and the mud flowed down on the workers and covered all of them.

The jade mining site is full of heaps of debris formed from abandoned mines and unfortunately one such mining pit collapsed and the waste materials along with the mud flowed down the mining site.

Apart from the mining workers, mining equipments were also covered by the flowing mud.

Reports quoted the lawmaker Tin Soe as saying that the missing persons were buried under 100 feet deep mud.

He also added that the rescue process will not be easy as the miners have been buried under deep mud and not under ordinary soil.

Soe also said that and there isn’t any machine to pump out the mud and procuring it would be difficult due to its expensive cost.

Local activists said the profitability of jade mining led businesses and the government to neglect enforcing already very weak regulations in the industry.

The region is also enmeshed in an armed conflict between the government and ethnic rebels from the Kachin Independence Army.