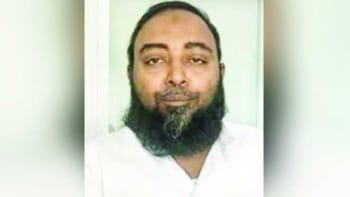 In a major breakthrough, the counter-terrorism wing of Dhaka Metropolitan Police (DMP) arrested three Islamist militants, one of whom had close ties with Osama Bin Laden and Taliban leader Mullah Omar.

A top DMP official told Northeast Now  that a squad of their counter-terrorism wing raided a house in Dhaka’s Khilkhet Nikunja-2 area acting on a tip-off that top leaders of the Harkat ul Jehad al Islami (HUJI) were hiding there.

“The raid was sudden and the cordon was perfect, so a bid to escape by these militants was effectively foiled and they were overpowered without resistance,” the official said.

The official said that one of the arrested militants, Atiqullah alias Asadullah alias Zulfiqar was the HUJI organising secretary and has closely operated with its former chief Mufti Abdul Hannan who has been booked for an attempted assassination of Prime Minister Sheikh Hasina.

Bangladesh intelligence officials say he had attended several meetings with Laden and Omar in Pakistan and had close links with ISI and Pakistan Army officials.

“He is a huge catch,” said a top intelligence official.

The two others arrested with Atiquallah were Muhammed Borhanuddin and Muhammed Nazimuddin.

The HUJI- Bangladesh was created by returnees from the Afghan jihad who had been directed by Laden to bring down the ‘murtad’ (apostate) government in the country and create Shariat rule.