No “happiness” in Bhutan’s freedom of press? 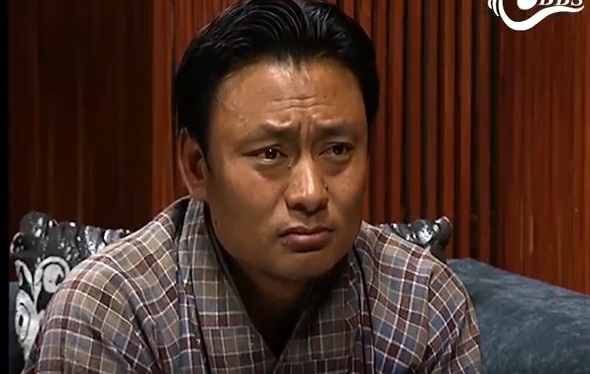 As the first round of Tshogdu (National Assembly) elections began in Bhutan on Saturday to select the top-two political parties, the spirit of democracy still has not created enough forbearance for the freedom of press in the Dragon Kingdom.

While the tiny cocooned Himalayan Kingdom gained massive popularity across the globe because of its unique index, the Gross National Happiness, a section of plain-speak journalists are definitely not happy with the standard of freedom of press in “democratized” Bhutan.

Dawa, a 40-year-old journalist, who worked as a senior broadcaster with the popular Bhutan Broadcasting Service (BBS), had to give up his job because of unending “pressure” from the corridors of power.

His television programmes and talk shows were very popular across Bhutan, and people liked him for his journalistic acumen and boldness to raise some of the crucial issues of the people. As a result, Dawa had been getting regular life threatening calls.

As Bhutan is now caught in the election mode, Dawa has now reappeared in the public domain as the new avatar of a politician. He is a candidate of the Druk Nyamrup Tshogpa (DNT) from Bumthang – Chhoekhor Tang. The DNT is one of the four registered political parties in Bhutan. It was registered on January 20, 2013.

While campaigning for DNT, Dawa has openly told how he was forced to leave the BBS for playing the honest role of a journalist in Bhutan. Now, if DNT succeeds in emerging as one of the two top political parties in September 15 elections, there is a possibility that Dawa may be one of the law-makers in the Tshogdu (National Assembly).

Though there has been no electoral prediction so far, but people are of the opinion that the DNT, within months of its birth in 2013, managed to get 35,962 votes and had come third. The Druk Nyamrup Tshogpa may improve its position this time as anti-incumbency had played a role in the second Tshogdu election in 2013. In 2008, the Druk Phuensum Tshogpa secured 45 seats to the National Assembly. In the 2013 general election, anti-incumbency factor reduced DPT’s seats to 15 as the People’s Democratic Party won 32 seats and became the ruling party.

There are 47 members in the Tshogdu, and 24 is the magic figure. After the first round of election, the top-two political parties field candidates in the main round of voting, and members are elected using the first-past-the-post voting. The main round of the National Assembly election is scheduled on October 18.

Another active Bhutanese journalist, Namgay Zam had to leave the country almost 20 months ago as the situation was no more conducive for her to work. Since then, she is based in Nepal, working with the Onward Nepal.

Like Dawa, Namgay Zam also worked with the Bhutan Broadcasting Service (BBS), and was slapped with a defamation suit for sharing a story about a property dispute involving a prominent businessman on the Facebook.

Zam had stirred a hornet’s nest because she had initiated an online petition for an inquiry into the chief justice of Bhutan, who is also a son-in-law of the businessman, who had filed the defamation suit of 2.59 million Bhutanese Ngultrum (equivalent to Rs 2.59 million) against her.

Though the Freedom of the press is guaranteed in Bhutan’s constitution, is it being practiced in reality? Otherwise, why are the journalists running away from the profession?