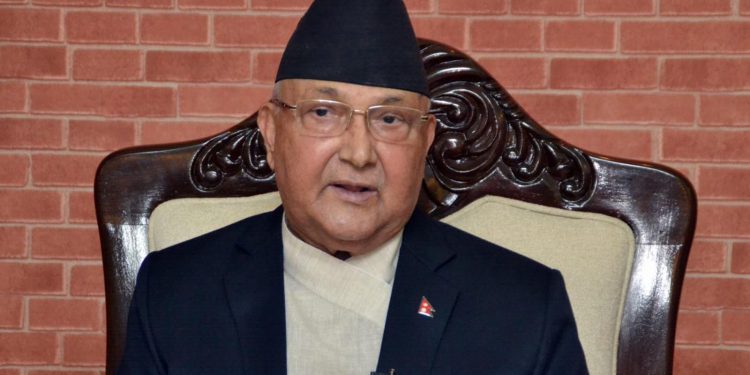 In a statement, as per media reports, the hospital said the Nepal PM is undergoing treatment at the Intensive Care Unit (ICU) of the hospital.

However, details are awaited.

Sixty-seven-year-old K.P. Oli was born on February 22, 1952 in a Brahmin family at Terathum.

Doctors, who are attending the PM, informed that he needs to stay at the hospital for a few more days.

He is being attended by a team of doctors comprising Prof Dr. Arun Sayami, Prof Dr. Ramesh Singh Bhandari and Dr. Dibya Singh.

It has been reported that chairman of the ruling Communist Party of Nepal (CPN) Pushpa Kamal Dahal, Deputy Prime Minister and Minister for Defence Ishwor Pokharel among other ministers reached the hospital on Tuesday to take stock of the health condition of PM Oli.

However, no one has been allowed to meet PM Oli fearing transmission of any infection.

K.P. Oli began his political career in 1966 in opposition to the party-less Panchayat system in place at the time.

He joined the Communist Party of Nepal (CPN) in February 1970.

In 1970, Oli was arrested for the first time for being involved in subversive politics.

In 1972, he became the chief of the Jhapa Movement Organizing Committee.

After his release from prison in 1987, Oli became a central committee member of UML in-charge of the Lumbini Zone until 1990.

After the 1990 People’s Movement, Oli was elected as a member of parliament from Jhapa constituency in 1991.

He held the post of chief of the foreign department of the CPN (UML) in 1992.

Oli was reelected to parliament in 1994 and served as Minister of Home Affairs in Manmohan Adhikari’s minority government.