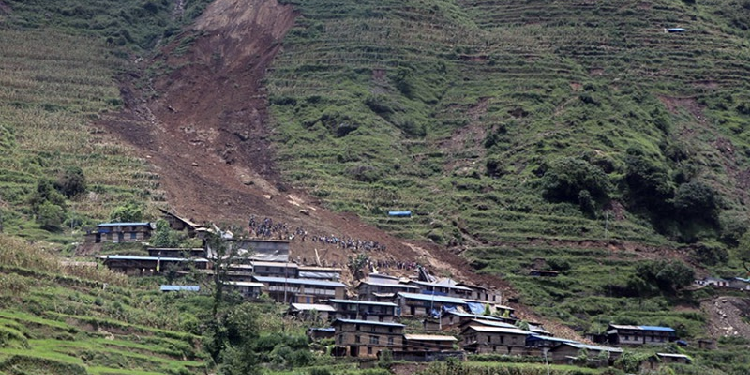 More than 18 people have been killed and 21 others missing after a massive landslide hit Nepal’s Sindhupalchowk district, authorities said on Sunday.

Officials said a search and rescue operation was ongoing in the affected area.

The landslide, which occurred on Friday in the district’s Jugal Rural Municipality, also damaged 37 houses in Lidi village.

The local administration has evacuated affected people to a nearly safe location.

“A nearby hill has also remained split open and there are 25 houses below that hill,” said Maharjan.

“Citing the risk of another landslide, we have relocated people to a nearby safe location and they are living under the tents.”

Lidi village is one of the settlements identified by the Nepali government as having been in risk of landslide.

According to the National Reconstruction Authority, a government body established to coordinate the reconstruction efforts after the 2015 earthquake in Nepal, the village is on the list of the settlements that needs protection but does not need relocation.

There are 327 such settlements across the country which require protection.

“If necessary measures were taken to protect the village in time, this tragedy could have been avoided,” Gopal Prasad Aryal, government spokesperson, told Xinhua.