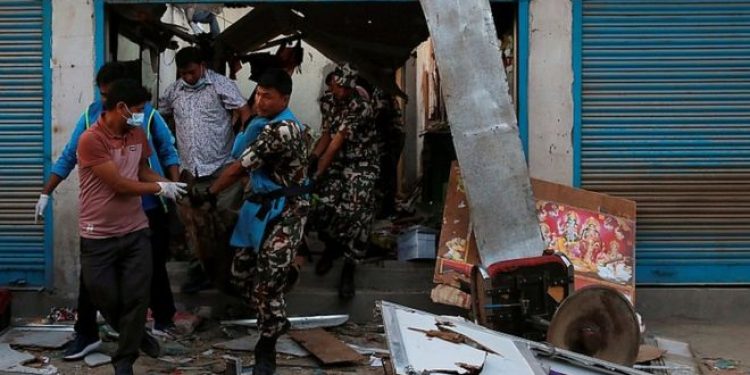 At least four persons have been killed and another seven injured in a serial explosion that rocked Nepal capital Kathmandu early Monday morning.

According to preliminary investigation, the explosions at three different places may have been triggered by a Maoist splinter group.

However, no one has claimed responsibility for the explosions.

While three persons were killed on the spot, the fourth one died while undergoing treatment at a hospital. One person was killed in an explosion inside a house in the Ghattekulo residential area in the heart of the city, according to reports.

Three people died in the second blast which took place near a salon in the Ukedhara area on the outskirts of the city.

According to witnesses, the explosion shattered the door and window panes of the shop, and the area had been sealed off by the army.

The third explosion went off near a brick kiln in the Thankot area of Kathmandu, injuring two people.

All seven injured peopler were taken to hospital.

Nepal emerged from a decade-long Maoist civil war in 2006 and the main group of the former rebels has joined the party that runs the government.

The breakaway group of former rebels carried out a similar blast in Kathmandu in February in which one person was killed and two others were injured.