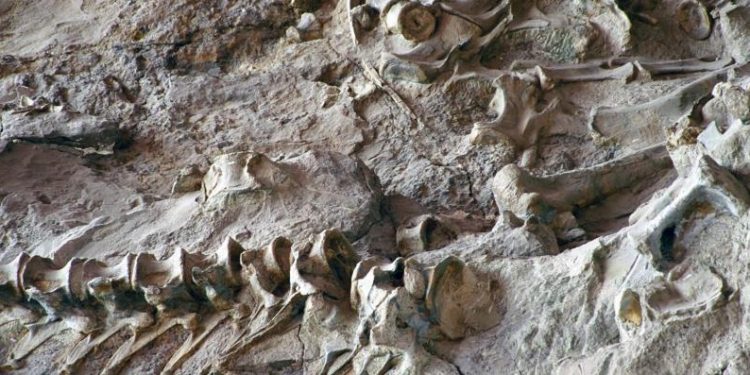 The scientists said the fossil represented the smallest dinosaur from the Mesozoic era — about 250 million to 65 million years ago.

A group of scientists has found a fossilised skull of a dinosaur — the size of a modern hummingbird — trapped in a 99-million-year-old amber in northern Myanmar.

The animal would have weighed 2 grams, claimed the scientists in a paper published in the Nature journal.

The scientists said the fossil represented the smallest dinosaur from the Mesozoic era — about 250 million to 65 million years ago.

This may provide insight into how dinosaurs evolved to be small and shed light on the lowest limit of vertebrate body size.

The animal’s skull was less than two centimetres long.

It had several sharp teeth, which suggested it preyed on insects and other small invertebrates, scientists observed. For this reason, the new species has been given the scientific name of Oculudentavis khaungraae, derived from Latin for ‘eye-teeth-bird’.

Unlike other predators, its eyes were on the sides of its head, which meant the dinosaur had little or no binocular vision. It had limited access to light into the eye, which scientists said was evidence that it was active in well-lit, daytime environments.

“It reveals to us a whole new lineage of birds,” said Jingmai O’Connor, co-author of the study and a palaeontologist at Chinese Academy of Sciences Institute of Vertebrate Paleontology and Paleoanthropology in Beijing, China.