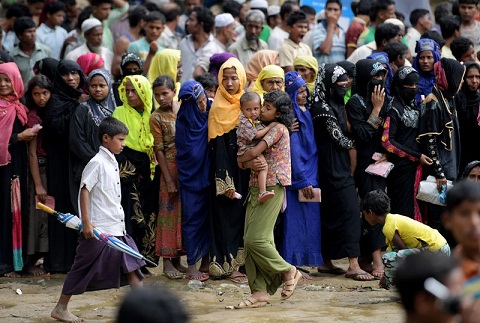 The Centre has alerted the States to look out for Rohingya refugees who participated in Tablighi Jamaat congregation at Nizamuddin Markaz in Delhi and thereafter slipped away.

The ministry of home affairs (MHA) has sent advisories to chief secretaries of all States that Rohingya Muslims and their contacts may need to be screened for COVID-19 and they may take necessary measures in this regard.

Possibility of Rohingya escaping to Assam and other northeastern States cannot be ruled out given its proximity to Bangladesh and Myanmar, it added.

The MHA said it has been reported that Rohingya Muslims have attended the ijtemas and other religious congregation of Tablighi Jamaat and there is a possibility of their contracting COVID-19.

Rohingya residing in camps in Hyderabad and Telangana had also attended ijtema at Mewar, Haryana and visited Nizamuddin Markaz in New Delhi.

Rohingya living in Sharma Vihar, Shaheen Bagh in Delhi, who had gone for Tablighi Jamaat activities, have not returned to their camps.

Presence of Rohingya Muslims after attending Tablighi Jamaat work has also presently been reported from Darabassi, Punjab and Jammu area of Jammu and Kashmir, the MHA advisories added.