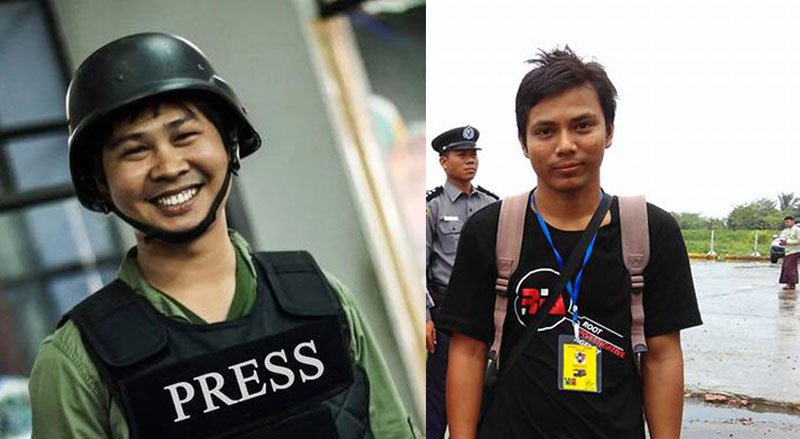 A Myanmar court has rejected an appeal by two Reuters reporters jailed for breaking a state secrets act. Wa Lone and Kyaw Soe Oo were sentenced to seven years in September.

According to a report in BBC.News, They exposed the summary execution of 10 Muslim Rohingyas by the security forces during the military’s anti-Rohingya operation in 2017.

But the judge called their terms “suitable punishment” and said the defence had not proved their innocence.

They were arrested carrying official documents handed to them by police officers. They maintain their innocence, saying the authorities set them up.

When arrested the two were investigating a mass execution of Rohingyas, hundreds of thousands of whom have been forced to flee destruction and persecution in the northern Rakhine province of Myanmar (also called Burma).

The massacre the reporters were investigating is the only one the Burmese government has admitted. Myanmar’s military – which says its operations targeted militant or insurgent threats – had until then insisted its soldiers carried out no unlawful killings.

Reuters editor-in-chief Stephen J Adler called the court’s rejection “yet another injustice” against the pair.

The reporters can now appeal to the country’s Supreme Court, which could take about six months. They have been in prison for more than a year now.