Over 30,000 Buddhist civilians have been displaced in the latest clash between Myanmar Army and the militants 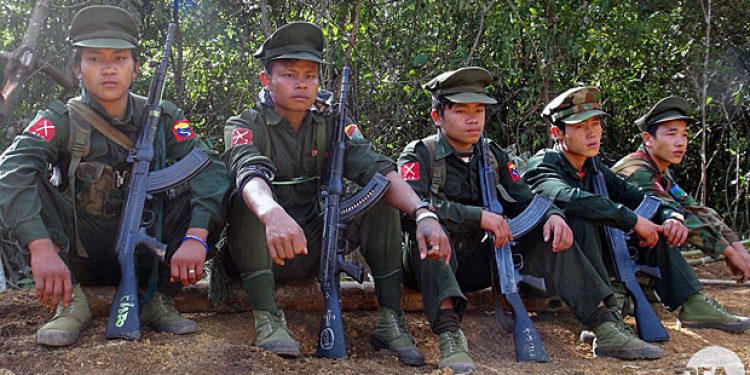 Six jail inmates were gunned down by security forces at Rakhine state in Myanmar for allegedly trying to grab soldiers’ weapon.

According to a BBC report, the Myanmar Army shot dead the under trial prisoners in a village, who were being questioned for their alleged nexus with rebels of the Arkanan Army, who are ethnic Rakhine Buddhists.

More than 30,000 Buddhist civilians have been displaced in the latest clash between Myanmar Army and the militants, the report said.

While a lot of attention in recent years has been on the exodus of the Rohingya Muslims to Bangladesh, other ethnic minorities also clash frequently with the Myanmar Army.

Journalists and most aid agencies are banned from northern Rakhine and it is not clear what exactly happened on Thursday morning, according to the BBC.

The impoverished state of Rakhine in western Myanmar has seen years of fighting and unrest.

Army spokesman Brigadier General Zaw Min Tun said that shots were fired early on Thursday when the detainees tried to “attack the security forces”. He claimed soldiers had no option but to shoot.

Since 2016, Rakhine has also seen the exodus of hundreds of thousands of Rohingya Muslims. The UN believes the Myanmar Army may have committed war crimes against the Rohingya — a charge it denies.