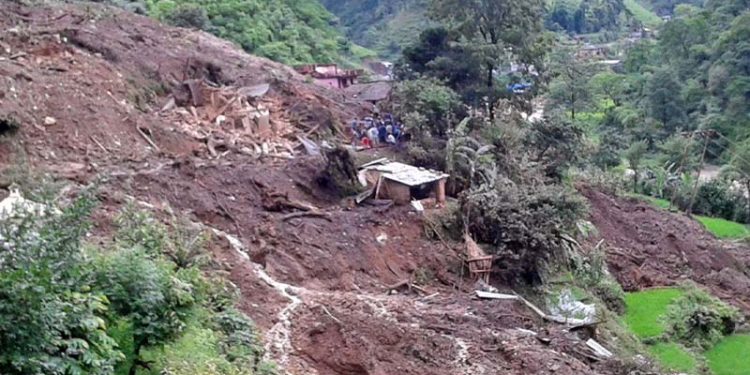 People in Nepal are yet to come to terms with the flood devastation when on Tuesday dawn eight people were killed and two went missing in a mudslide in two remote Nepal villages.

The mudslide occurred when most of the people were asleep.

The affected villages are 200 km west of Kathmandu in Gulmi district.

As per reports, two persons were pulled out alive from the debris.

The mudslide in Nepal comes at a time when flood wreaked havoc in the country killing at least 90 people.

Over 50 roads and bridges were destroyed in the rain and rehabilitation would cost around Rs 220 million.

Even though the floodwater is gradually receding, however sporadic rainfall in the hills is triggering mudslide and landslides.

A red alert has been sounded in the hill villages of the country.

More landslides and mudslide are expected to occur in the country.

Mudslide in Nepal is a serious issue during monsoons.