LOOKEAST PLEASE | US Back to ‘Dirty Tricks’ in Bangladesh

US ambassador Earl Robert Miller has now started pressurising the Hasina government for permission to meet the army chief, the air chief and the naval chief ahead of the elections 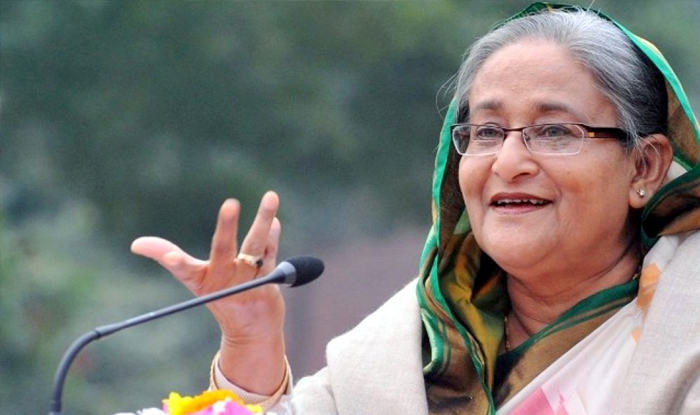 Uncle Sam is back to unveiling its bag of dirty tricks in Bangladesh, where successive American administrations have made no secret of their dislike for Sheikh Hasina and the Awami League . As secretary of state, Hilary Clinton tried to bring huge pressure on Hasina to reinstate Mohammed Yunus, not only because he was donating generously to the Clinton Foundation (something already well documented) but also because they had seen the Nobel Laureate’s potential as an American stooge. They tried to boost him to bring down the two Begums during the 1/11 takeovers backed by the army. Yunus had announced his intention to float a new political party in a press conference in Calcutta, which I attended as a BBC correspondent.

US ambassador Earl Robert Miller has now started pressurising the Hasina government for permission to meet the army chief, the air chief and the naval chief ahead of the elections. He is meeting the Chief Election Commissioner on Thursday but the proposed meeting with the service chiefs may have a different purpose, on which later in this column.

Miller’s embassy staff has been whipping up a furore, using media assets, over the delay in granting visas to 32 observers of the Asian Network for Free Elections ANFREL). US envoy during the Jan 2014 polls Dan Mozena had openly got into the act of bringing down the Awami League government and Khaleda Zia made the huge mistake of boycotting the polls on his advice, imagining Western pressure would make it impossible for Hasina to last beyond a few months. That did not work but the Americns never give up and Miller is back to that game again.

The US intelligence community is known for its not-so-subtle use of human rights groups to target regimes that are not seen as friendly by the Americans.

ANFREL is funded by the US State Department through the National Endowment for Democracy (NED), USAID, “Open Society Institution” (OSI) ( funded by financial criminal George Soros who has bankrolled many CIA-sponsored regime change operations ), and even the Australian government and the British Embassy.

According to ANFREL’s own 2010 annual reports, it admits that:

Regarding the budget for 2010, NED has provided supported for administration expenses while other activities have been supported on a project by project basis by AusAid, USAID, OSI, Euro-Burma, Netherlands Embassy, TAF, Misereor and the British Embassy.

ANFREL’s 2011 report also makes mention of US State Department NED subsidiary, the National Democratic Institute (NDI), on page 5 as a source of funds. . In all of ANFREL’s annual reports, none of these organizations are mentioned by their full names, and in no part of the annual reports are ANFREL’s financial sponsors fully and transparently enumerated.

Studies by independent American scholars on CIA have identified the National Endowment for Democracy as a ‘useful front for opinion mobilization’ in countries targeted for regime change. Jeff Richelson, author of ‘Wizards of Langley’ says in his book “The US Intelligence Community”   that CIA’s” support of political parties or broadcasting that would have been conducted as covert operations are now often done overtly. Thus the National Endowment for Democracy (NED) provided support to Nicaraguan political parties who ran against the left wing Sandinistas in the 1990 elections.” This funding through the NED was made possible by National Security Directive dated 22 Sept 1989 which declared that the US would undertake a vigorous overt program to ensure a free and fair election to oust the Sandinistas from power. (p.414)

In 2016, Western researcher Tony Cartalucci exposed the ANFREL’s nefarious efforts to influence the referendum in Thailand that year for a new national charter meant to put the country back on track after over a decade of political conflict revolving around US-backed proxy Thaksin Shinawatra.

Cartalucci said the US, on behalf of Shinawatra, ‘increased pressure’ on the Thai government before the vote in August 2016. Much as they are now doing on the Hasina government.

“This includes manoeuvring into place overt fronts engaged in political agitation, and leveraging the West’s monopoly over the international media to portray any attempt to crackdown on such fronts as heavy-handed and unjust,” wrote Cartalucci (.https://journal-neo.org/2016/07/30/thailand-us-funded-monitors-exposed/).

So much like many in Bangladesh media now fretting and fuming over the delay in visas for ANFREL observers, the Bangkok-based English newspaper ‘The Nation’ had reported that “The Asian Network for Free Elections (ANFREL) said that repeated attempts to gain accreditation to monitor the August 7 referendum, Thailand’s first trip to the polls since the military took power in 2014, were met with silence.” (emphasis mine)

What the Nation did not report, like the Bangladesh media has not done this time, is who ANFREL is, who funds them, or the obvious conflicts of interest involved in their “monitoring” work across all of Asia, including Bangladesh, Thailand and Cambodia.

ANFREL’s local affiliate in Thailand, PNet (under the Open Forum for Democracy Foundation (GNDEM)), is also openly funded by the US government. On GNDEM’s own website, it states:

GNDEM appreciates the support provided by the National Endowment for Democracy (NED) and the support that the NED and USAID have provided to the process surrounding the Declaration of Global Principles for Nonpartisan Election Observation and Monitoring by Citizen Organizations.

“One wonders whose best interests are served by such “monitoring” groups who apparently cannot find any support in the very region they supposedly serve, and instead rely entirely on foreign funding from nations who have historically sought to control and subjugate Asia, its people, and their resources,” wrote Tony Cartalucci.

The US groups such as the NED, the NDI, and the  Open Society are engaged in funding and supporting opposition groups including the so-called “Umbrella Revolution” in Hong Kong, the “Bersih” street movement in Malaysia headed by now-jailed opposition leader Anwar Ibrahim, and deceptive media fronts like Prachatai in Thailand, who openly and repeatedly attack Thailand’s indigenous institutions, while providing cover for US-backed opposition groups, including Thaksin Shinawatra’s Peua Thai Party (PTP) and his ultra-violent street front, the so-called “red shirts.”

The ANFREL was also shut out of the July 29 polls in Cambodia this year where they made a huge effort to resurrect the Cambodia National Rescue Party, which is strongly backed by the West against the pro-Chinese Hun Sen regime.

Interestingly, ANFREL’s current chairperson is a Cambodian Koul Panha.  Bangladesh’s ODHIKAR, founded by Adilur Rahman Khan, is one of the founding members of the ANFREL. Khan, a Supreme Court advocate, was deputy attorney general of Bangladesh during the BNP-Jamaat reign between 2001 and 07.  On ANFREL’s website, ODHIKAR’s report on Bangladesh election is prominently displayed. Without getting into the cases filed by the government against Khan, one can safely say he is no neutral person but one close to BNP-Jamaat regime.

The US is desperate for a regime change in Bangladesh because they know for a fact that Sheikh Hasina, who remains deeply convinced of the CIA’s nefarious role in the assassination of her father Bangabandhu Sheikh Mujibur Rahman, will never allow the Americans fulfil their long-cherished strategic objective of setting up a naval base with listening posts in the St Martins islands aimed at China.

The Americans had conducted a survey on the suitability of the St Martins Islands for such a base under cover of providing relief after the 1991 cyclone just after the BNP came  to power in the first democratic polls that year following the ouster of the Ershad led military junta.  Miller, like his predecessors, may be trying to intensify lobbying for the base with military chiefs in Bangladesh, but Sheikh Hasina stands firmly against such a proposal, much as she has refused the Chinese proposal for a deep sea port in Sonadia when the terms did not suit her.

Hasina, an intense nationalist, is keen not to get caught in the Sino-US competition for influence in Asia, but that is exactly why the US would prefer a different dispensation more amenable to the idea.