In the day’s match, the Manipur team A beat the Mandalay team by 3-1 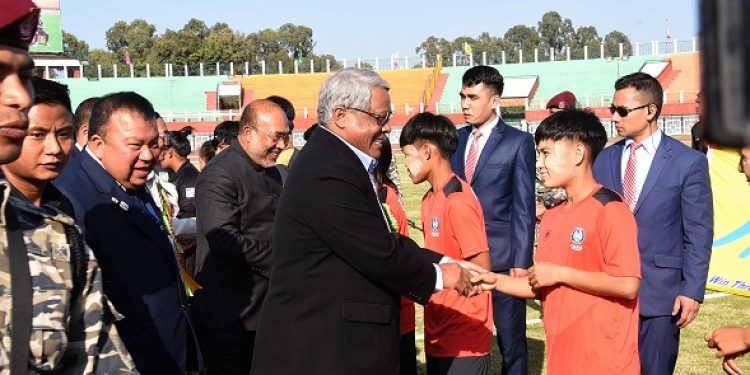 In the day’s match, the Manipur team A beat the Mandalay team by 3-1.

The exhibition match was organised as a part of the Manipur Sangai Festival 2018 which has been underway since November 21 at different venues with Hapta Kangjeibung in Imphal as main venue.

Speaking on the occasion, Chief Minister N Biren Singh said that sports have the ability to bring people together which will eventually strengthen the relationship between the two regions.

Recalling that women’s exhibition football matches were started last year which was followed by the visit of the Manipur Women’s football team to Mandalay and Sagaing for exhibition matches this year, he mentioned that closeness built through sports will continue and further deepen the relationship between the people of the two regions.

Similarly, Mandalay women football team from Myanmar along with officials visited Imphal on November 23 last year and played exhibition matches on November 25 and 26 with Manipur women’s football team as part of exchange programme at the Main Stadium of the Khuman Lampak Sports Complex during the Manipur Sangai Festival 2017.

Manipur team B will take on Sagaing team at Khuman Lampak main stadium on Monday.