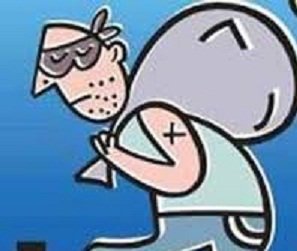 Police said that the gang of robbers was involved in a number of robbery cases in Delhi and also in Bengaluru. In Bengaluru the gang reportedly raped the daughter of the victim before they flee with cash and gold.

Police said that the gang members had come to Taimoor Nagar to recce a house they were planning to break into. Additional CP (Crime), Rajiv Ranjan said that when the cops challenged them, the men opened fire.

“In retaliation, our team fired back and two robbers suffered bullet injuries on their legs. After interrogation we found that the men were involved in several robbery cases across the country,” he said.

Three pistols with some live cartridges and house-breaking instruments were seized from the accused. The robbers were identified as Kabir, Farooq, Zakir, Imdadul and Aslam.  All of them were found to be residents of Bangladesh.

“After executing the robbery, the gang used to escape to Bangladesh,” said Ranjan.