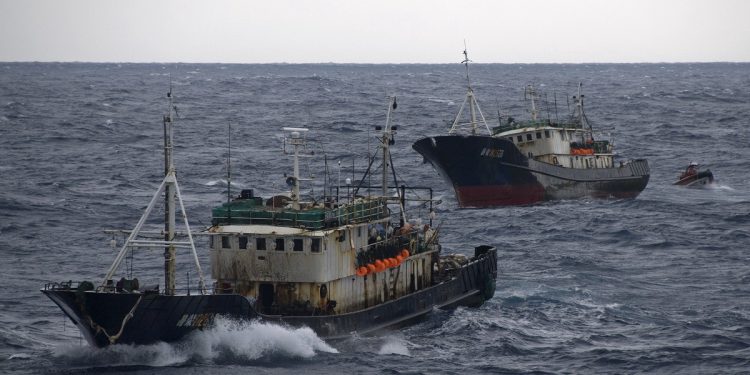 Some Chinese fishing trawlers have recently been sighted in the Indian Ocean by the Indian Navy.

As per reports, the trawlers which were sighted in early January were escorted by People’s Liberation Army Navy (PLAN) warships and were believed to be sailing towards Morocco.

However, the ships were not sighted in Indian Exclusive Economic Zone (EEZ).

According to the Indian Navy, China and Morocco have bonded to develop the fishery sector with the later giving more access rights to the former in its waterways.

In September 2019, the Indian Navy had located a Chinese amphibious warship in the southern part of the Indian Ocean during surveillance earlier this month.

According to Navy sources, Chinese vessels regularly use the route which starts from the Malacca Strait in order to travel to Africa or the Gulf countries.