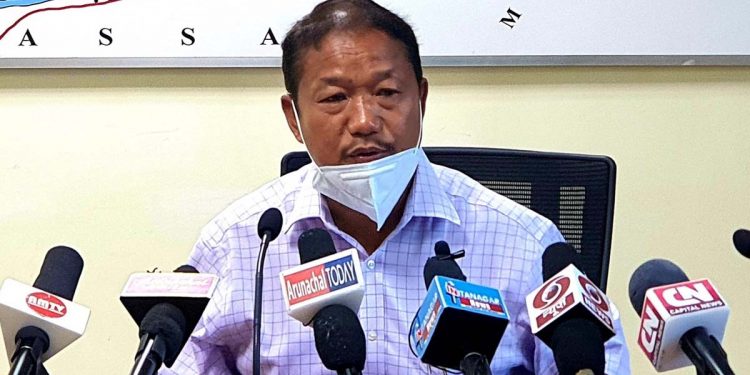 Arunachal Pradesh home minister, Bamang Felix, on Tuesday said Arunachal is and shall always remain an integral part of India, and China should stop making imaginary claims over the state.

“It is sad that China has this pigment of imagination of claiming our state as ‘South Tibet’. Arunachal has always been a part of India and shall remain so,” said Felix.

The response from the home minister comes a day after Chinese foreign ministry spokesperson Zhao Lijian had stated that “China has never recognised the “so-called ‘Arunachal Pradesh’, which is China’s south Tibet region”.

Responding to queries in regards to the whereabouts of the 5 missing youths who were allegedly abducted by China’s People’s Liberation Army (PLA) on September 04, Felix said “the state police, as well as the Indian Army, are doing their groundwork to ensure the safe return of the youths.”

“We have spoken to the central government on the matter and we hope that our people are safe and unharmed,” the home minister said while adding that the Indian Army is well capable of tackling such issues.

The missing youths have been found by the PLA.

In regards to poor road connectivity in border areas, Felix said “the construction of several roads along the border areas of the state is in progress and a few have already been completed.”

“We were never a part of Tibet and shall never be part of China. In fact, even Tibet was never under China in the past but they captured it illegally and are now trying to claim Arunachal Pradesh,” Gao said.

Echoing Gao, his Rajya Sabha counterpart Nabam Rebia said “the Chinese claim on Arunachal is purely imaginary on their part.”

“China should refrain from making such provocative claims and instead maintain brotherhood. They should be clear that the people of Arunachal Pradesh are Indian and shall remain so in the future,” Rebia said.

The MP further said “China should not underestimate the power of India and immediately release the “abducted” youths.”