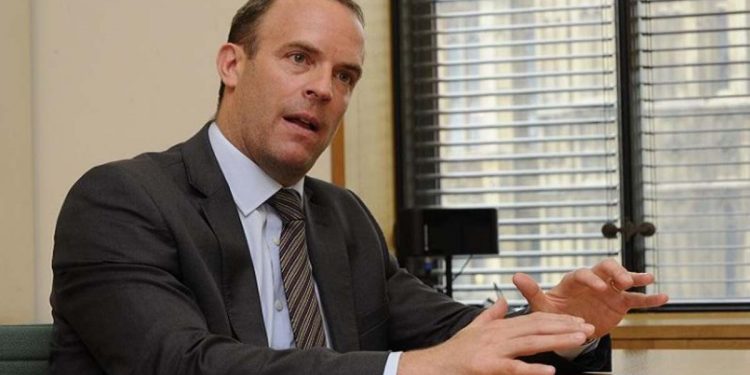 After the US President Donald Trump, now British Foreign Secretary Dominic Raab has questioned whether China can be trusted after its move to introduce a new security law for Hong Kong.

A CNN report quoted Raab as saying: “China freely assumed international obligations to the United Kingdom … in relation to the way that it would treat Hong Kong and in particular, would respect the autonomy and freedoms.”

The British Foreign Secretary said: “It’s a matter of trust, and lots of countries around the world are asking this question – does China live up to its international obligations? Because if they can’t be trusted to keep their word on Hong Kong, why would they be trusted to live up to their wider international responsibilities.”

London has passed Magnitsky-style sanctions targeting individuals rather than states in response to human rights abuses and other illegal activities.

London said it will provide a path to citizenship for hundreds of thousands of Hong Kongers, as a result of the security law.

That law gained new teeth on Monday as Hong Kong government unveiled new “implementation rules” under the legislation, drastically expanding police powers to search and order potentially-illegal material online to be deleted for the purposes of “preventing, suppressing and imposing punishment for any acts and activities endangering national security.”

Raab said it’s the first time there has been a “UK-only regime”, adding it gives the country “the power to impose sanctions on those involved in the very worst human rights abuses right around the world”.

Earlier, President Trump announced that he will start to end preferential treatment for Hong Kong in trade and travel, in response to a new security law pushed by Beijing.

He described the Chinese government’s moves to introduce the measure in Hong Kong as a “tragedy”.